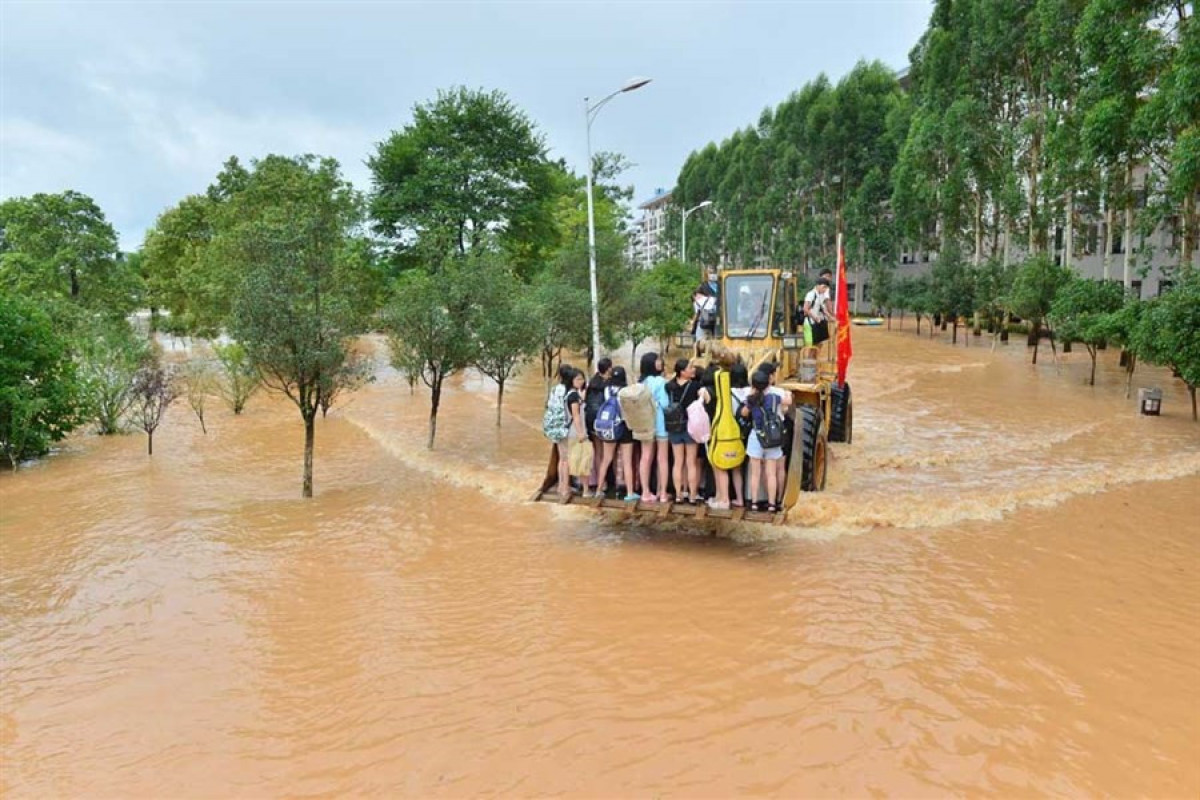 Rain-triggered floods have affected more than 16,000 people and over 21,000 hectares of crops in north China's Inner Mongolia Autonomous Region, with no casualties reported, according to local authorities, APA reports citing Xinhua.

As torrential rains battered the city of Hulun Buir, the municipal government issued an emergency response for floods and evacuated affected residents.

The State Flood Control and Drought Relief Headquarters also issued a Level-III emergency response for flooding on Sunday evening and dispatched a working team to guide the handling of emergencies in the region.

According to the Ministry of Emergency Management, two dams in the region collapsed after torrential rain on Sunday, with no casualties reported.

Further search-and-rescue work is underway, along with security checks on dams and inspections in downstream areas for secondary disasters, the local government said.