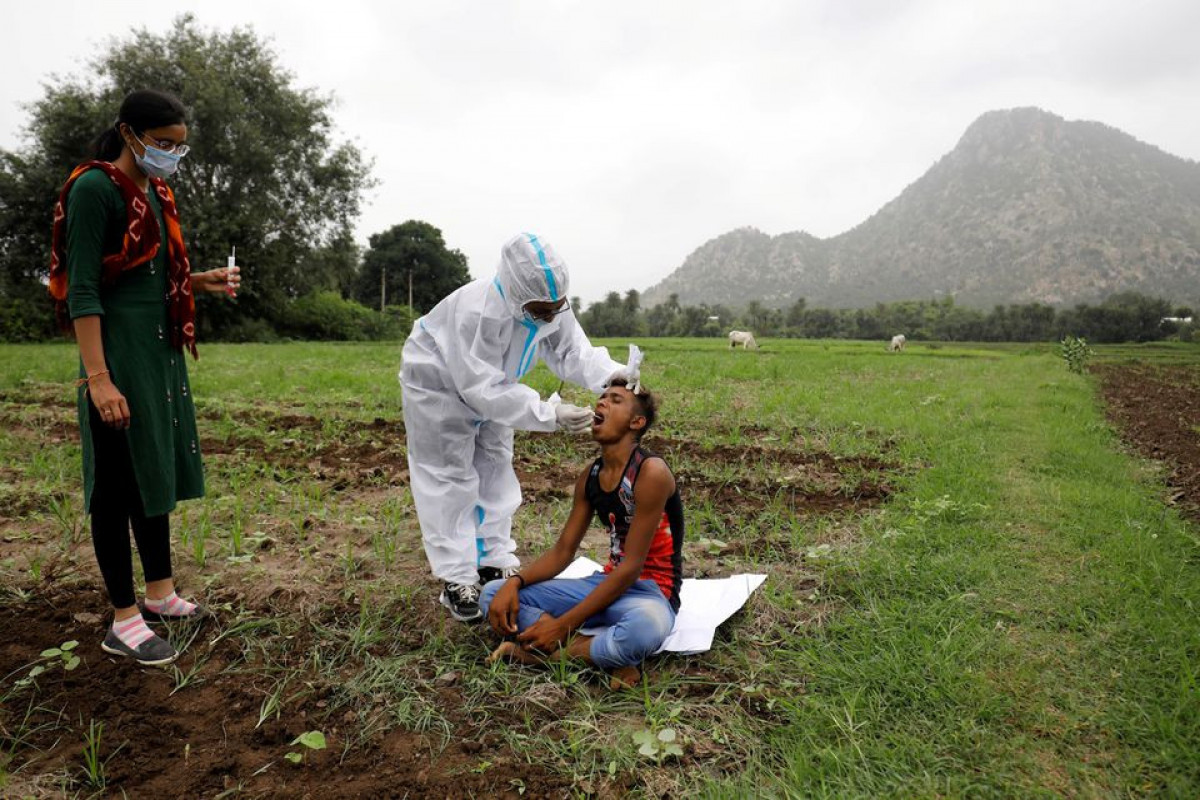 India reported 44,230 new COVID-19 cases on Friday, the most in three weeks, the latest evidence of a worrying trend of rising cases that has forced one state to lock down amid fears of another wave of infections, APA reports citing Reuters.

India was battered by the Delta variant of the virus in April and May but the rate of spread of infections later eased off. It has again been rising, with higher numbers in seven of the past eight days.

The nationwide tally of infections has reached 31.57 million, according to health ministry data. Deaths rose by 555 overnight, taking the overall toll to 423,217.

Medical experts polled by Reuters in late June said a third wave of coronavirus infections was likely to hit India by October, though it would be better controlled than the devastating April-May outbreak.

Health experts have called for faster vaccinations to stave off another big surge. read more

The government estimates that 67.6% of the 1.35 billion population already have antibodies against the coronavirus, with nearly 38% of the adult population of about 944 million people having received at least one vaccine dose.

The disease's estimated reproduction rate, or R value, has also inched up in the past week,

The R value hit 1 on July 24 - meaning on average, every 10 people infected will infect 10 other people - for the first time since May when daily infections were near a peak of 400,000.

The southern state of Kerala announced a new lockdown on Thursday while movement restrictions are in place in some northeastern states reporting a rise in infection rates.

Other places, including the capital New Delhi, have recently reopened most economic activities.