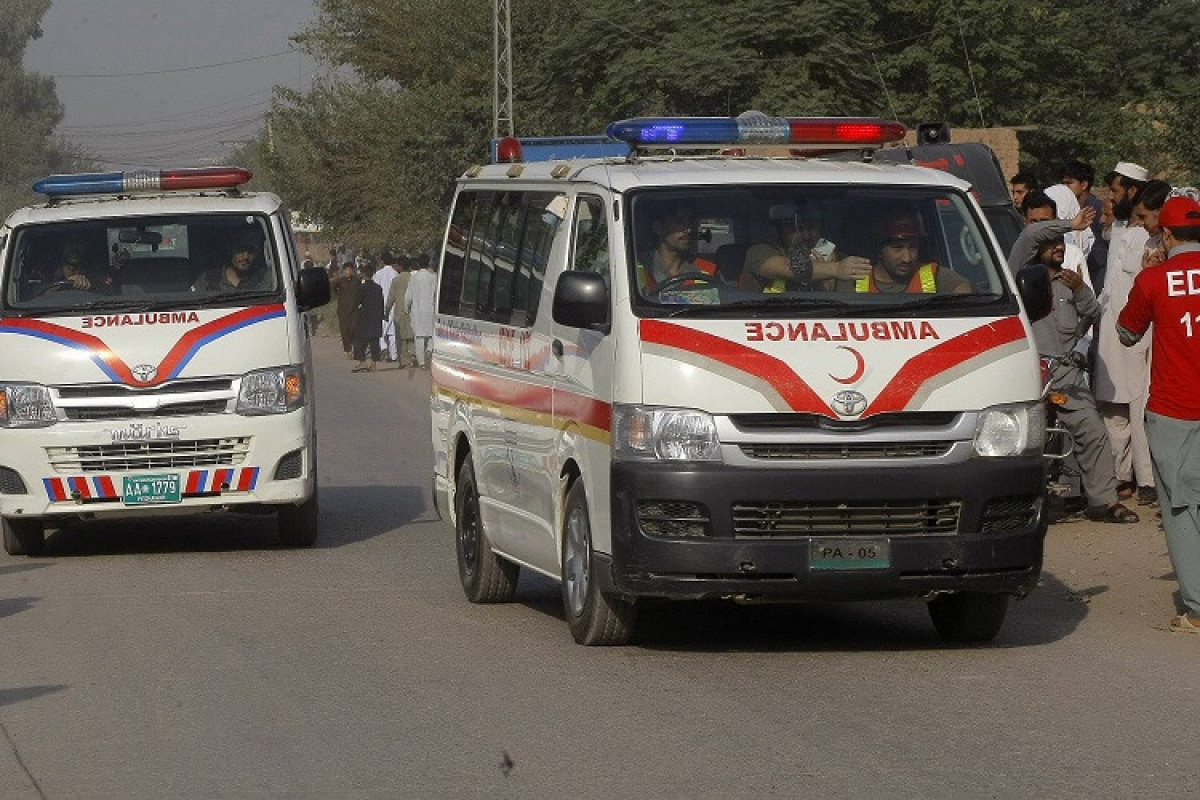 The accident occurred when the Millat Express train from Karachi to Sargodha derailed and fell on the opposite track and collided with Sir Syed Express headed from Rawalpindi to Karachi, a spokesperson of Pakistan Railways said.

An unknown number of people were still trapped in the tangled wreckage near Daharki in northern Sindh province, a railway spokesman said, adding rescue workers had called urgently for specialist equipment so they could be reached.

“The site is far and that’s why we are facing some trouble in the rescue work, he said, adding at least six wagons were destroyed in the accident.

The spokesman said the accident happened when the Millat Express heading from Karachi to Sargodha, derailed before dawn, spilling onto a track carrying the Sir Syed Express from Rawalpindi in the opposite direction.

Four carriages of the Karachi-Sargodha Millat Express derailed near the Reti railway station early Monday, according to Pakistan Railways officials.

The train was hit by Sir Syed Express that was en route to Karachi from Rawalpindi. Most of the passengers were asleep at the time of the collision, eyewitnesses said.

It took railway authorities and rescue teams more than one and a half hours to reach the site.

People were rescuing passengers trapped inside the trains on their own.

Both tracks have been closed after the accidents.

Prime Minister Imran Khan said he was shocked by the horrific train accident in Ghotki. He said he had asked Railway Minister Azam Swati to reach the site and ensure medical assistance to the injured and support for the families of the deceased.

Rail accidents are common in Pakistan, which inherited thousands of kilometres (miles) of track and trains from former colonial power Britain.

But the network has seen decades of decline due to corruption, mismanagement and lack of investment.

At least 75 people died when a train caught fire while travelling from Karachi to Rawalpindi in October 2019.