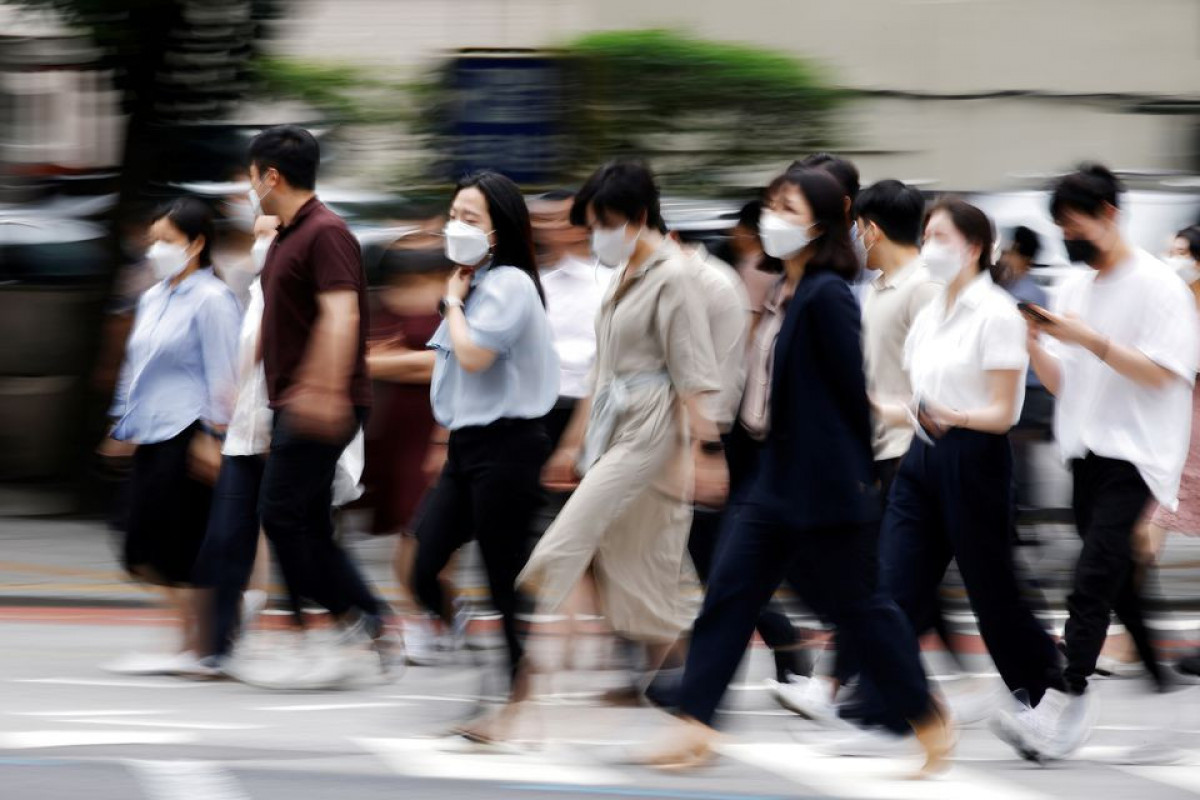 South Korea reported its second highest number of daily new COVID-19 cases ever on Wednesday, just days after it began easing social distancing restrictions in some parts of the country, buoyed by an accelerated vaccine rollout, APA reports citing Reuters.

With the majority of the 1,212 new cases coming from densely populated Seoul, officials extended movement curbs in the capital and surrounding regions for at least another week and are considering pushing restrictions back up to the highest level.

Prime Minister Kim Boo-kyum said the country's fourth wave of the virus, fuelled by the highly contagious Delta variant, was spreading rapidly, especially among unvaccinated people in their 20s and 30s.

Kim urged people in that demographic to get tested preemptively "to protect not just yourself, but everyone in your family, friends, school and the country."

"If the situation is not under control after monitoring for two to three days, it might leave us with no choice but to impose the strictest of all social distancing levels," Kim said.

The daily caseload was the worst since Dec. 25, when South Korea was experiencing a third wave of the pandemic.

Officials had been moving in recent weeks toward a full reopening of the country. Movement restrictions in much of the country were eased on July 1, although officials in greater Seoul held off as they watched case numbers beginning to creep up again.

Health experts said the relaxation of measures that restricted business operating hours and social gatherings outside of Seoul, along with the knowledge that further easings would be coming, led to public complacency, particularly in socially mobile younger people in the capital.

Around 85% of the new locally transmitted cases were in the Seoul metropolitan area, which is home to more than half of the country's population.

"While the infection rate has dropped relatively in the people aged over 60 on the back of inoculation drive, the transmission continues in the unvaccinated group," said Kim Tark, associate professor of infectious disease at Soonchunhyang University Bucheon Hospital.

"It’s a reminder to speed up vaccination for people under 60."