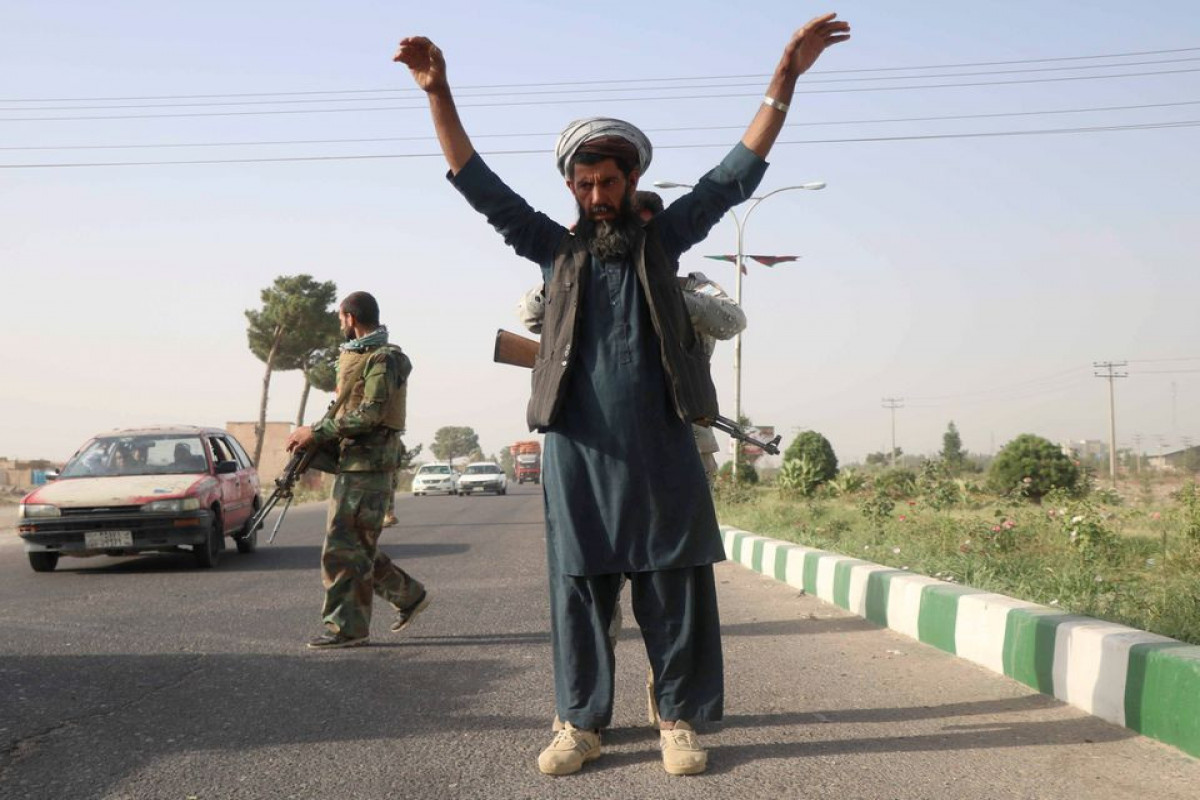 Taliban officials said on Friday the Sunni Muslim insurgent group had taken control of 85% of territory in Afghanistan, and international concern mounted over problems getting medicines and supplies into the country, APA reports citing Reuters.

Afghan government officials dismissed the assertion that the Taliban controlled most of the country as part of a propaganda campaign launched as foreign forces, including the United States, withdraw after almost 20 years of fighting.

But local Afghan officials said Taliban fighters, emboldened by the withdrawal, had captured an important district in Herat province, home to tens of thousands of minority Shi’ite Hazaras.

Torghundi, a northern town on the border with Turkmenistan, had also been captured by the Taliban overnight, Afghan and Taliban officials said.

Hundreds of Afghan security personnel and refugees continued to flee across the border into neighbouring Iran and Tajikistan, causing concern in Moscow and other foreign capitals that radical Islamists could infiltrate Central Asia.

Three visiting Taliban officials sought to address those concerns during a visit to Moscow.

"We will take all measures so that Islamic State will not operate on Afghan territory... and our territory will never be used against our neighbours," one of the Taliban officials, Shahabuddin Delawar, told a news conference.

He said "you and the entire world community have probably recently learned that 85% of the territory of Afghanistan has come under the control" of the Taliban.

The same delegation said a day earlier that the group would not attack the Tajik-Afghan border, the fate of which is in focus in Russia and Central Asia.

"Claiming territory or claiming ground doesn't mean you can sustain that or keep it over time" he said in an interview with CNN. "And so I think it's really time for the Afghan forces to get into the field - and they are in the field - and to defend their country, their people."

As fighting continued, a World Health Organization (WHO)official said health workers were struggling to get medicines and supplies into Afghanistan, and that some staff had fled after facilities came under attack.

Some aid will arrive by next week including 3.5 million COVID-19 vaccine doses and oxygen concentrators, he said. They included doses of Johnson & Johnson's shot donated by the United States and AstraZeneca doses through the COVAX facility.

A U.S. donation of more than 1.4 million doses of the Johnson & Johnson vaccine arrived on Friday, the U.N. children's agency UNICEF said.

In Afghanistan, a prominent anti-Taliban commander said he would support efforts by Afghan forces to claw back control of parts of western Afghanistan, including a border crossing with Iran.

Mohammad Ismail Khan, widely known as the Lion of Herat, urged civilians to join the fight. He said hundreds of armed civilians from Ghor, Badghis, Nimroz, Farah, Helmand and Kandahar provinces had come to his house and were ready to fill the security void created by foreign force withdrawal.

U.S. President Joe Biden said on Thursday the Afghan people must decide their own future and that he would not consign another generation of Americans to the two-decade-old war.

Biden set a target date of Aug. 31 for the final withdrawal of U.S. forces, minus about 650 troops to provide security for the U.S. embassy in Kabul.

Biden said Washington had long ago achieved its original rationale for invading the country in 2001: to root out al-Qaeda militants and prevent another attack on the United States like the one launched on Sept. 11, 2001.

The mastermind of that attack, Osama bin Laden, was killed by a U.S. military team in neighbouring Pakistan in 2011.