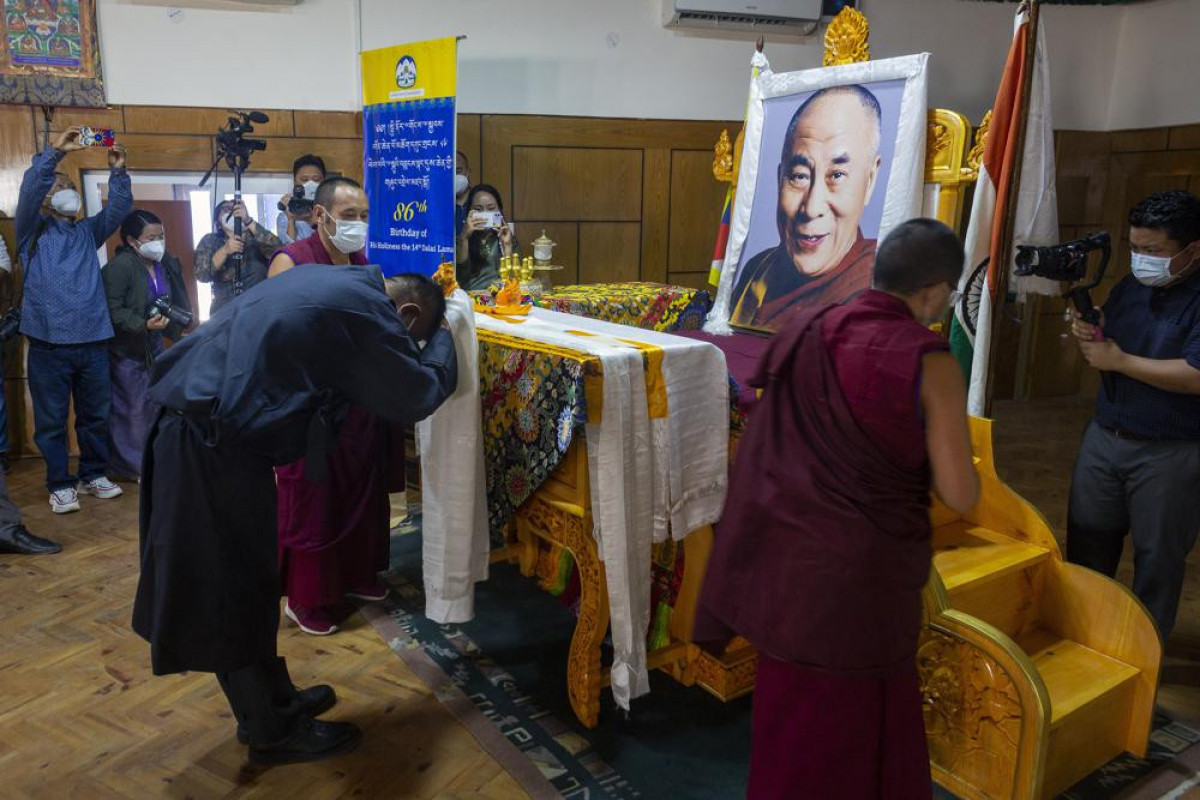 The Tibetan spiritual leader the Dalai Lama celebrated his 86th birthday on Tuesday, thanking his supporters and expressing his appreciation to India, where he has lived since he fled his homeland in 1959, APA reports citing AP.

“I want to express my deep appreciation of all my friends who have really shown me love, respect and trust,” the Dalai Lama said in a video message.

He reiterated his mission to serve humanity and urged supporters to be compassionate.

“Since I became a refugee and now settled in India, I have taken full advantage of India’s freedom and religious harmony,” he said.He added that he had great respect for India’s secular values such as “honesty, karuna (compassion), and ahimsa (non-violence).”

Indian Prime Minister Narendra Modi wished the Dalai Lama well on his birthday on Twitter and said he also spoke to him by phone.

This is the first time Modi has publicly confirmed speaking with the Dalai Lama since becoming prime minister in 2014. The acknowledgment appears significant amid deteriorating ties between India and China, which doesn’t recognize the Tibetan government-in-exile and accuses the Dalai Lama of seeking to separate Tibet from China.

A military conflict last year between India and China along their disputed high-altitude border dramatically altered the already fraught relationship between the nuclear-armed neighbors.

The Dalai Lama has made the hillside town of Dharmsala his headquarters since fleeing Tibet after a failed uprising against Chinese rule. India considers Tibet to be part of China, though it hosts Tibetan exiles.

The Dalai Lama denies being a separatist and says he merely advocates substantial autonomy and protection of Tibet’s native Buddhist culture.

On Tuesday, a small celebration attended mostly by government officials was held at the Central Tibetan Administration. The Dalai Lama’s video message was played on a screen and followed by a cultural performance by the Tibetan Institute of Performing Arts.

Usually, the spiritual leader’s birthday is a fairly elaborate affair in the town, open to members of the public who flock to the Tsuglakhang Temple where performances are held. Sometimes, the Dalai Lama also made an appearance.

This year, due to the coronavirus pandemic, the celebrations were muted and behind closed doors. But a banner marking his birthday hung in the town square and Tibetan monks distributed sweets and juice to passersby outside the closed temple.

“Many people really show they love me. And many people actually love my smile,” the Dalai Lama said with a smile at the start of the video. “In spite of my old age, my face is quite handsome,” he said with a laugh.