Turkey to lay foundation for Canal Istanbul on Saturday 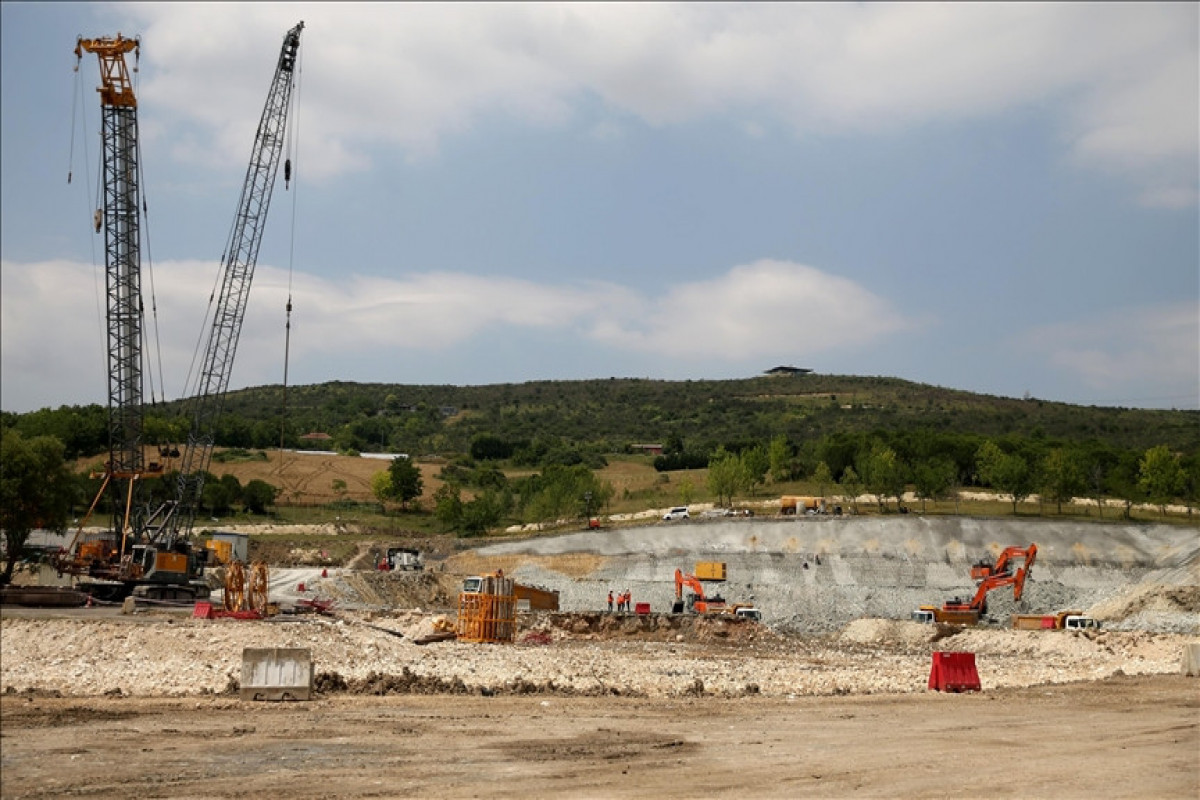 Turkey on Saturday will lay the foundation for Canal Istanbul, a government mega-project connecting the Sea of Marmara to the Black Sea and championed by Turkish President Recep Tayyip Erdogan, APA reports citing Anadolu.

The mega project which Erdogan, then-prime minister of Turkey in 2011, revealed as his “dream,” will see laying foundation of its first bridge to be built over the canal following 10 years of process with surveys, preliminary projects as well as field studies along with an environmental impact assessment report.

Canal Istanbul -- to be built on the Turkish metropolis’ European side within the borders of Istanbul’s Kucukcekmece, Avcilar, Basaksehir, and Arnavutkoy districts -- will be around 45 kilometers (28 miles) in length, 275 meters (902 feet) in base-width, and 20.75 m (68 ft) in-depth.

Following the announcement of the project by Erdogan, the route evaluation studies of Canal Istanbul were carried out by various universities in 2011-2013.

While determining five different corridors for Canal Istanbul, detailed sub-parameters for each corridor were taken into account. When the corridors are examined in terms of land topography, feasibility, cost, development plans, and their effects on water resources, the route following the east of Kucukcekmece-Sazlidere Dam-Terkos was determined as the most suitable one.

In 2013-2014, a preliminary project of the route was prepared after geological and geotechnical data obtained from the drilling works on the route determined for the canal.

A total of 204 academics and experts from various universities and institutions worked for the Canal Istanbul project.

A marina, container ports, recreation area, and logistics center as an additional project component to the facilities and structures required for Canal Istanbul are also planned to be built.