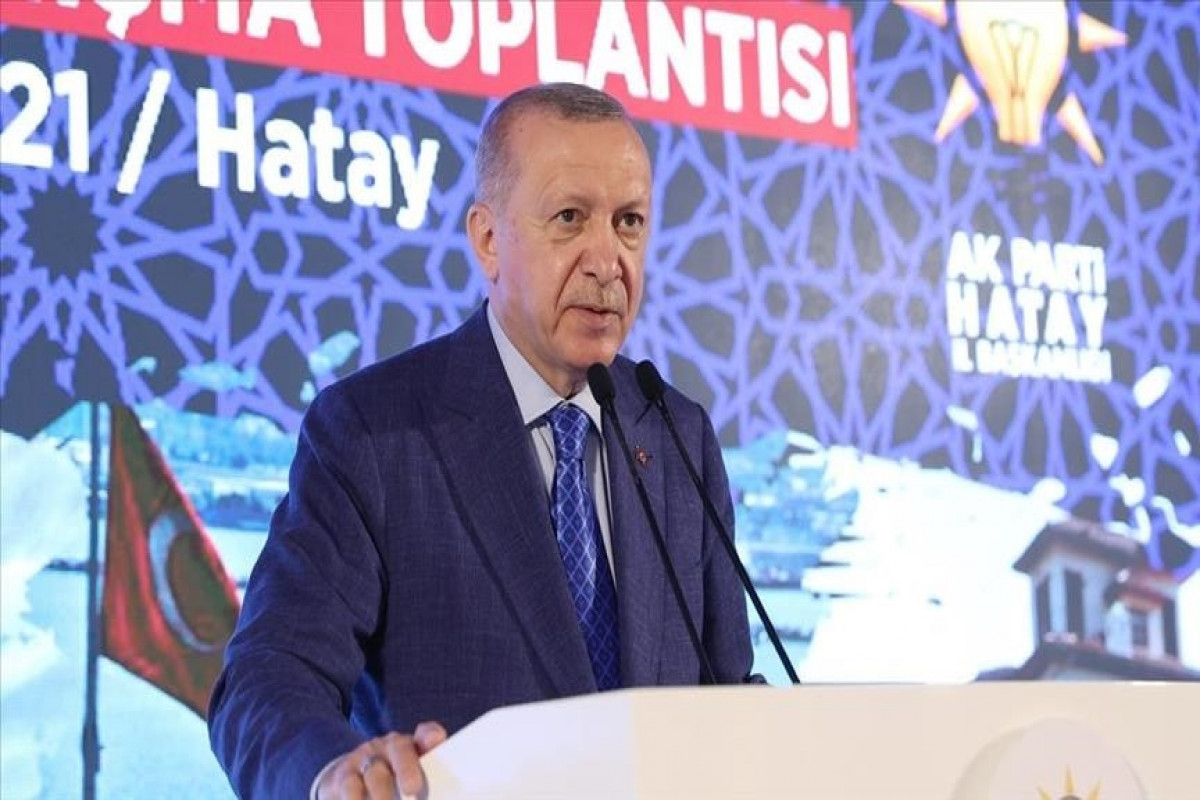 The Turkish president on Friday dismissed the possibility of early elections in the country, APA reports citing AA.

“The date of the early elections is certain, June 2023. Don’t beat the wind,” Recep Tayyip Erdogan said at a local meeting of Justice and Development (AK) Party in southern Hatay province, following various opening ceremonies he had attended.

Vowing to continue protecting the country’s "independence, interests, rights of our people and all of our friends," Erdogan said: “AK Party's "fate is in line with Turkey's.”

"Each of the 15 elections that Turkey has been through over the last 19 years was of vital importance in itself," he said.

“Now we have the 2023 elections ahead of us. These elections constitute the most critical turning point in terms of aligning our country's standards to the vision of 2053,” the Turkish president added.

On Turkey's vaccination campaign launched to curb the spread of COVID-19, Erdogan pledged to continue vaccination efforts in the country.