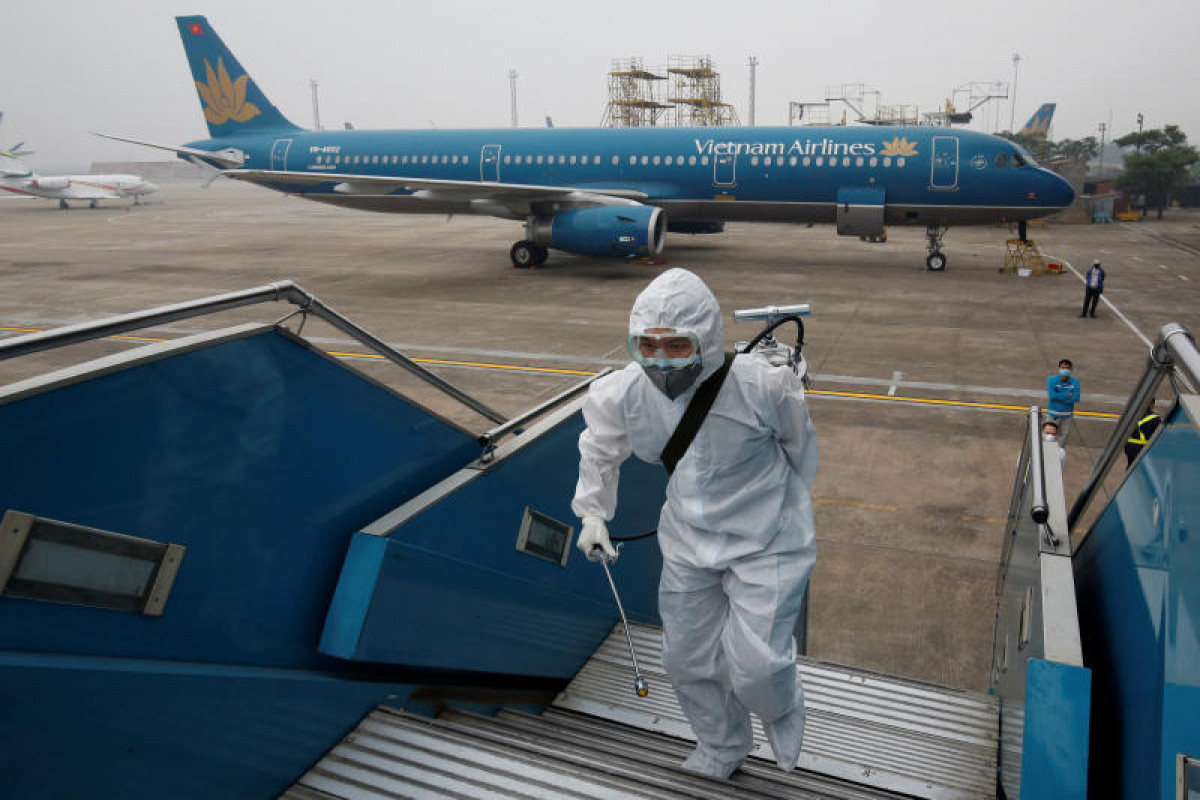 Vietnam has announced the suspension of incoming international flights to its capital and tightened restrictions in its biggest city, APA reports quoting Reuters.

After successfully containing Covid outbreaks for most of last year, Vietnam is seeing infections rise sharply and has detected several highly transmissible variants, including a new one announced on Saturday that had elements of the variants first identified in Britain and India.

The inbound flight suspension to Hanoi will apply from 1 June 1 to 7 June.

Vietnam has been restricting inbound international flights since the start of the pandemic.

It follows a similar move by the business hub Ho Chi Minh City, which on Monday started 15 days of measures that include bans on dining in restaurants and public gatherings of more than 10 people.

It has urged people over 60 to stay indoors (see earlier post).

Vietnam, a country of 98 million people, has recorded 7,236 Covid infections so far, one of the world’s lowest caseloads. It has reported 47 deaths overall.