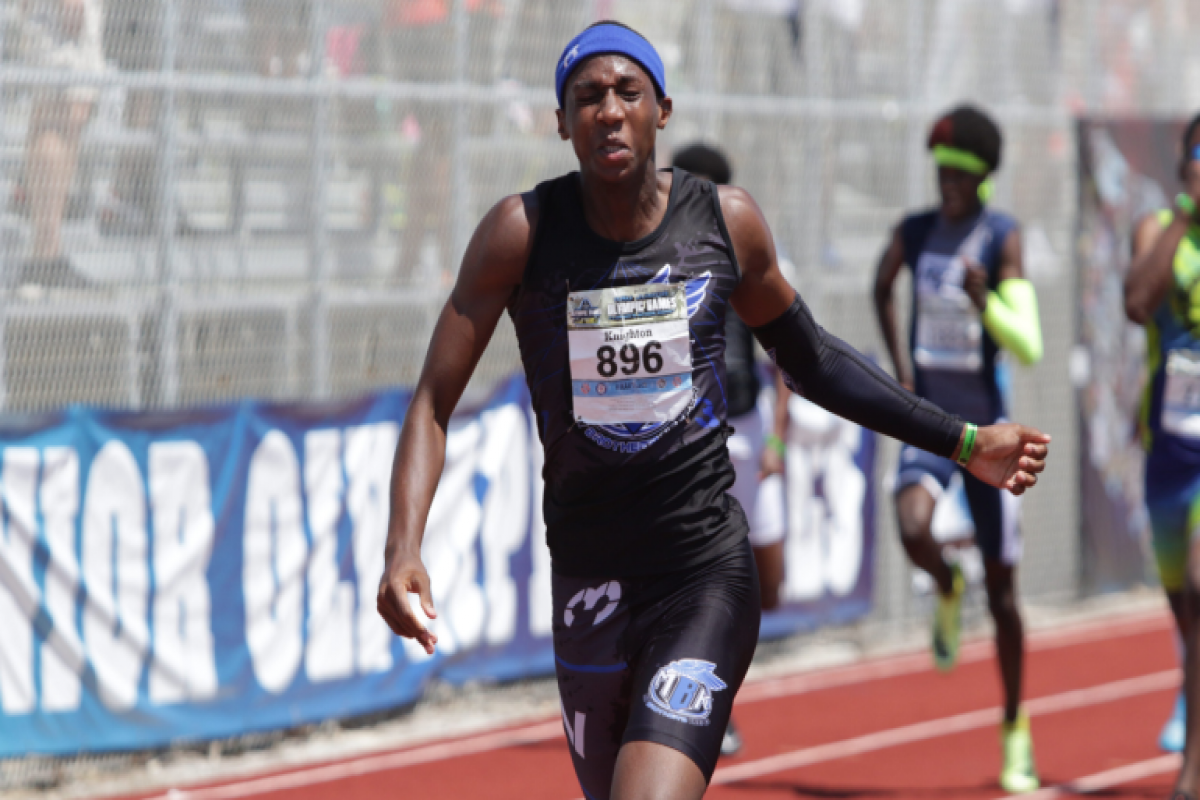 Knighton became a pro while he was a junior at Tampa Hillsborough High School, and just turned 17 in January. You can watch him break Bolt's record below:

The field he raced against, and defeated, included Trayvon Bromell (the favorite to win the 100m at the Tokyo Olympics ), Zharnel Hughes and Adam Gemili. Knighton has drawn comparisons to Bolt because of they're both taller sprinters, but now the comparisons will only become for frequent as records get shattered.

The 17-year-old pro is expected to race at the U.S. Olympic Trials, but he faces some serious competition as the favorites to make the team are three of the fastest men in the world. Noah Lyles, Kenny Bednarek and Terrance Laird have all run 19.81 or faster in the 200m since 2020.