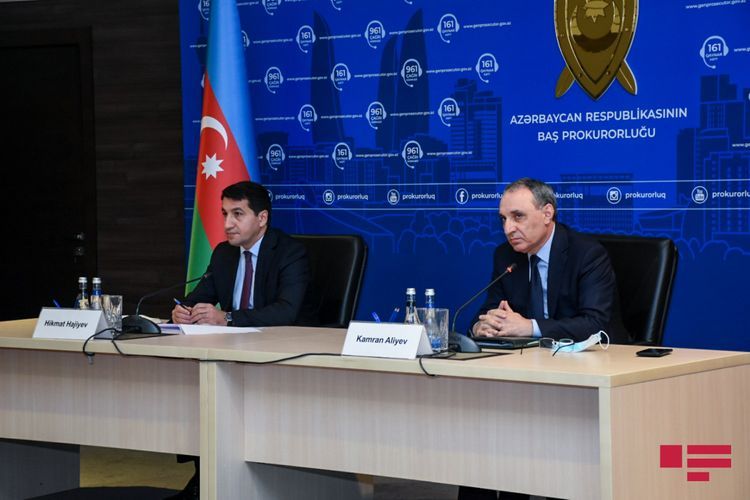 "Armenia is engaged not only in provocations on the frontline but also in plundering Azerbaijan's natural resources in the occupied Nagorno Garabagh and other territories of Azerbaijan,” said Prosecutor General of Azerbaijan Kamran Aliyev at today’s briefing held in connection with the crimes committed against the civilian population of Azerbaijan as a result of the aggression of the Armenian Armed Forces, APA reports.

K. Aliyev noted that Armenians have invited citizens with Armenian origin living in Europe and other countries, Armenian business people to Armenia and brought them to occupied territories of Azerbaijan and they engaged in illegal economic activities there: “Since 1994, this activity has been continued. In this regard, 12 people from 6 companies are put on an international wanted list.”