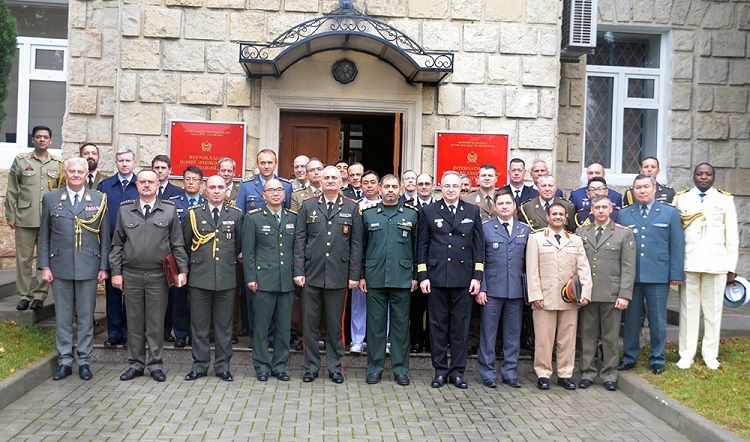 An annual meeting with the participation of military attaches of foreign states accredited in our country and representatives of international organizations was held at the International Military Cooperation Department of the Ministry of Defense of Azerbaijan, the Ministry told APA.

The Chief of the International Military Cooperation Department, Major General Huseyn Makhmudov has welcomed the meeting participants on behalf of the Minister of Defense of Azerbaijan, and comprehensively informed them about the situation in the field of military security in the region, the aggressor policy of Armenia against Azerbaijan, reforms and reconstruction work carried out in the Azerbaijan Army, including the military education systems and the successes achieved in this area, as well as the priorities and areas of international military cooperation. He also brought to their attention the activities to be conducted next year.

The Dean of Baku Military Attachés Association, military attaché of the People’s Republic of China, Senior Colonel Zhang Tsungo thanked the leadership of the Ministry of Defense of Azerbaijan on behalf of colleagues for holding the meeting and expressed hope for the continuation of the fruitful cooperation in the future.