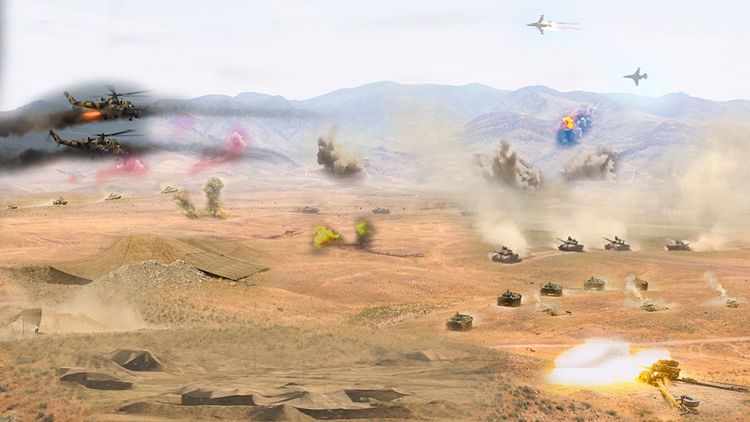 Due to the beginning of the second training period in 2020, a drill review of military personnel was held in all military units, the training base, and full equipment of units were checked, APA reports citing MoD.

At the events, the main goals and objectives for the training period were declared, and it was noted that exercises and classes would be conducted continuously with the aim of improving the centralized command and control of troops and achieving interoperability.

After the solemn passage, the first classes of the new training period were held in the formations and units to coordinate the interaction of the troops of the Nakhchivan garrison.

Combat missions are being clarified in the units, and the troops put in the alert are involved in combat training sessions at day and nighttime.