ANAMA: 402 calls were made to Agency regarding missiles launched by Armenia from September 27 till October 8 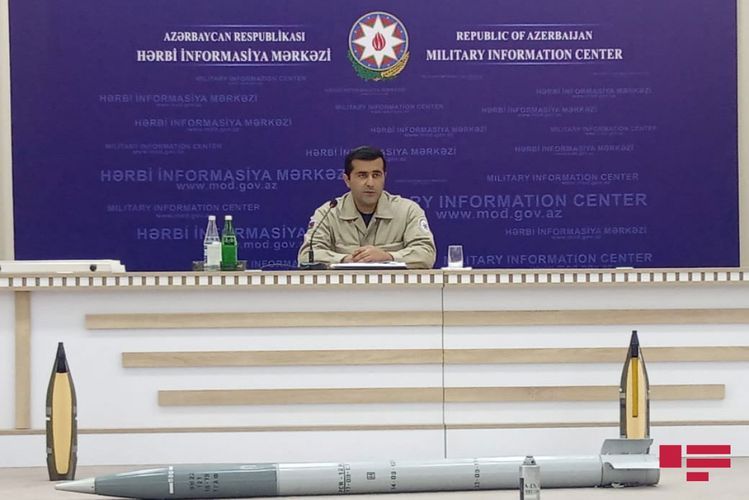 “As a result of the consistent provocations of the Armenian army, as well as infliction by it of fire on civilian territories, the successful operations are conducted by the Azerbaijani Armed Forces”, said at briefing ANAMA’s manager for operations Elnur Gasimov, APA reports.

He said 402 calls were made to the agency from 102 and 112 service call centers of the Ministry of Internal Affairs and the Ministry of Emergency Situations correspondingly from September 27 until October 8:

“Consequently, 366 operational attendances took place. The number of these attendances is changing every minute because the agencies groups in the form of small units immediately head to those territories in response to the calls from residential settlements, cities and other sites and meet with people, the works of taking, sorting and neutralizing of the facilities that can pose danger to them are implemented”.