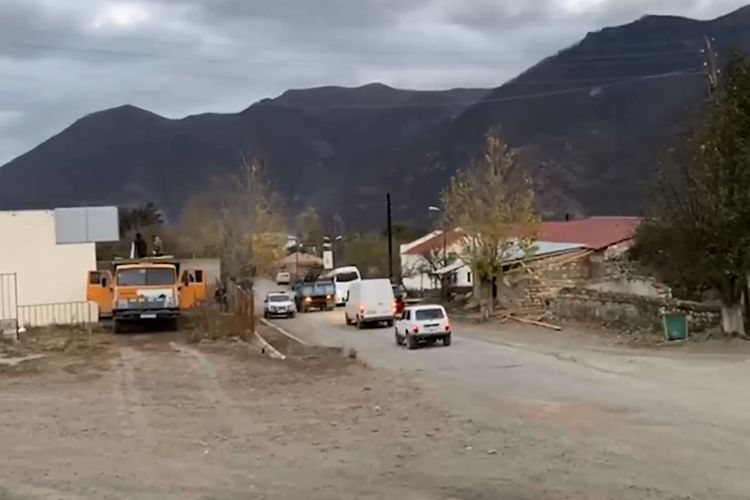 Armenians, who were settled in Kalbajar after occupation of the region by Armenian armed forces, are leaving Kalbajar, APA reports.

Armenians take all things that can be carried by microbuses and trucks with themselves and set those things which they can not carry, on fires

Note that according to the agreement signed by Azerbaijan, Russia, and Armenia, aggressors must leave the territory and Kalbajar region must be returned to Azerbaijan on November 15.