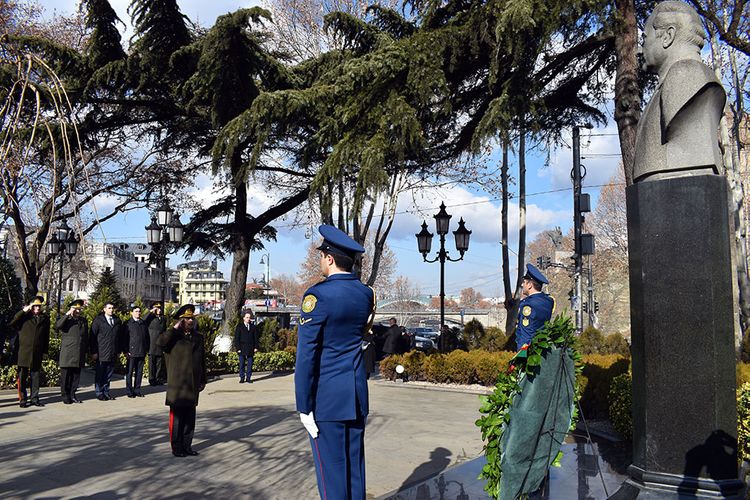 The delegation led by the Minister of Defense of the Republic of Azerbaijan Colonel General Zakir Hasanov that arrived in Georgia on January 21 visited the Heydar Aliyev Park in the center of Tbilisi, Ministry of Defence told APA.

The delegation laid a wreath at the monument to the National Leader of the Azerbaijani people and paid tribute to his memory.