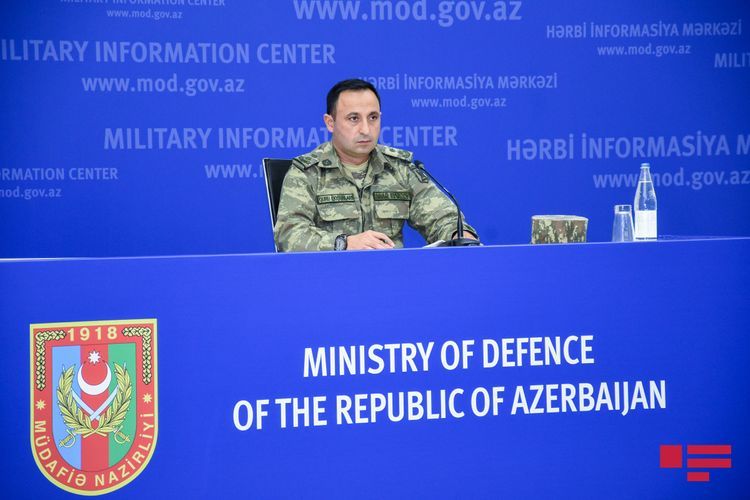 A. Eyvazov said in the end of the 5th day of the operation, the enemy has significant loss: “The enemy was forced to retreat in various directions”.

The press secretary of Ministry of Defense (MoD) noted that the news disseminated in the Armenia media saying as if aircraft and helicopter owned by Azerbaijan were shot is false: “During this period, up to 200 tanks and other armored equipment, 228 artillery cannons, multiple rocket launchers, mortar launchers, 300 units of air defense systems, 6 command operation and command observation posts, 5 weapon and ammunition storehouses, over 110 units of automotive equipment and 1 unit of S-300 anti-missile and anti-aircraft systems were destroyed”.