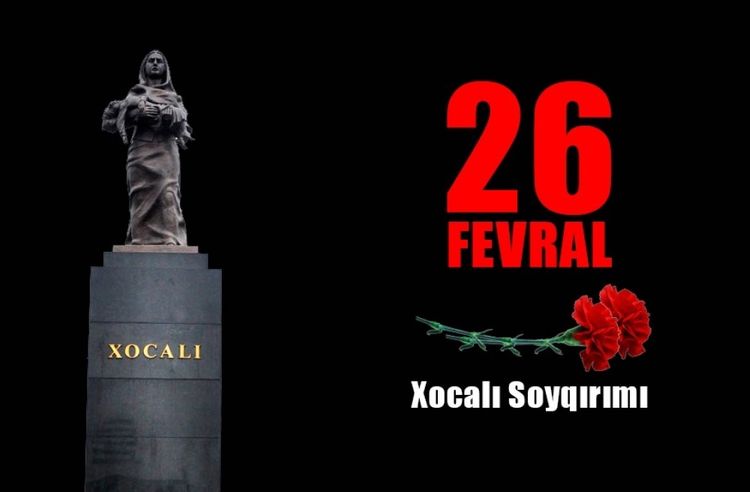 According to the plan, the Azerbaijan Army provides for a series of activities in the field of propaganda of patriotism, increasing the moral and fighting spirit of military personnel.

As part of the events, the servicemen will visit the monuments erected in memory of the victims of the Khojaly genocide, memorial ceremonies on the anniversary of the tragedy will be organized in military units, institutions, and organizations of the Ministry of Defense, as well as in secondary schools.

It is planned to organize exhibitions of books, photographs and paintings at the Hazi Aslanov Army Ideological and Cultural Center, the Ideological and Cultural Center of the Ganja Garrison, the Museum of Military History, as well as meetings of mobile propaganda teams with military personnel of military units stationed in the frontline zone, and holding events on the topic of “Khojaly genocide – the Tragedy of the 20th Century”. The presentation of literary-artistic compositions, the screening of feature and documentary films dedicated to the tragedy, the holding of roundtables, theme nights and other events in military units and special military educational institutions are also envisaged.

On February 26 at 17.00, all Army Corps, formations, military units, organizations and special military educational institutions of the Ministry of Defense will observe a minute of silence to honor the memory of the victims of the Khojaly genocide.