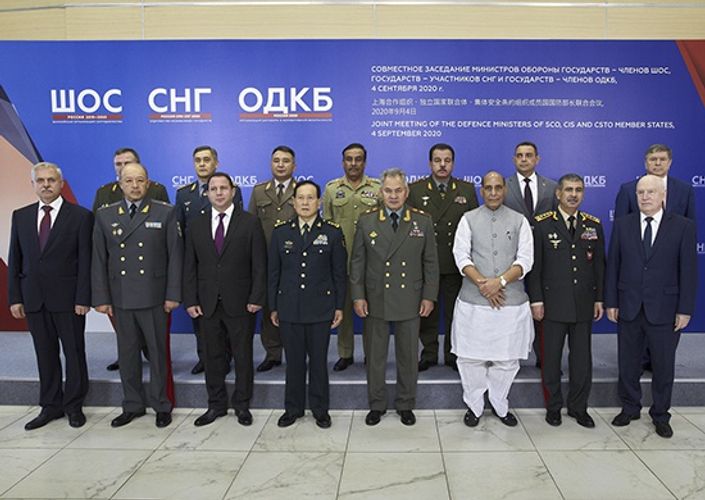 The Minister of Defense of the Republic of Azerbaijan, Colonel General Zakir Hasanov who is on a working visit to the Russian Federation took part in the regular meeting of the Council of Defense Ministers of the participating countries of the Commonwealth of Independent States (CIS) and the member states of the Shanghai Cooperation Organization (SCO) held on September 4 in Moscow, Ministry of Defence told APA.Speaking at the meeting, Colonel General Zakir Hasanov brought to the attention of the meeting participants that the Armenia-Azerbaijan Nagorno-Karabakh conflict has been going on for many years, as a result of which more than a million of our compatriots have become refugees and internally displaced persons (IDPs).The Azerbaijan Defense Minister stressed that the occupation of 20 percent of our territories by a CIS member state contradicts the norms and principles of international law, including the norms and spirit of this Commonwealth.The Minister of Defense, noting that the large-scale provocation committed by Armenia in the direction of the Tovuz region on the Armenia-Azerbaijan state border poses a threat to regional security, at the same time emphasized that official Yerevan aims to harm relations between Azerbaijan and the CIS member states.At the end of the meeting, a joint statement was signed in connection with the 75th anniversary of the Victory in the Great Patriotic War and the end of World War II.The Defense Ministers who signed the statement commented on a number of issues and reaffirmed their commitment to the goals and principles of the UN, the norms of international law, in particular the principles of sovereignty and territorial integrity.