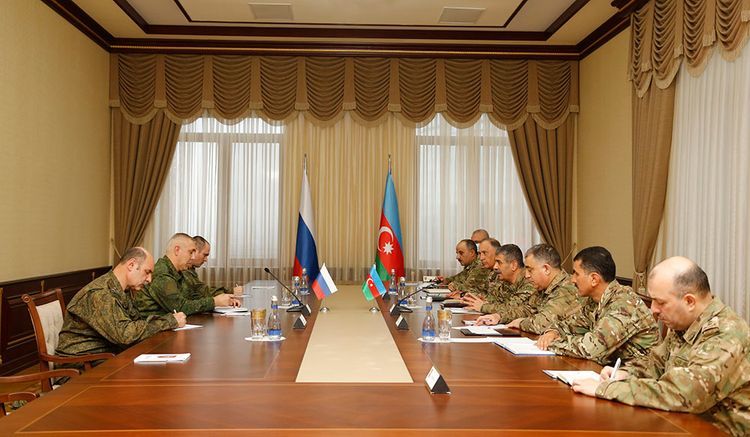 On November 12, the Minister of Defense of Azerbaijan Colonel General Zakir Hasanov has met with Lieutenant General Rustam Muradov, the Commander of the Russian peacekeeping forces to be deployed in the operational zone in accordance with a joint statement by the Presidents of Azerbaijan, Russia, and the prime minister of Armenia.
During the meeting, the issues of organization and implementation of a peacekeeping mission were discussed.