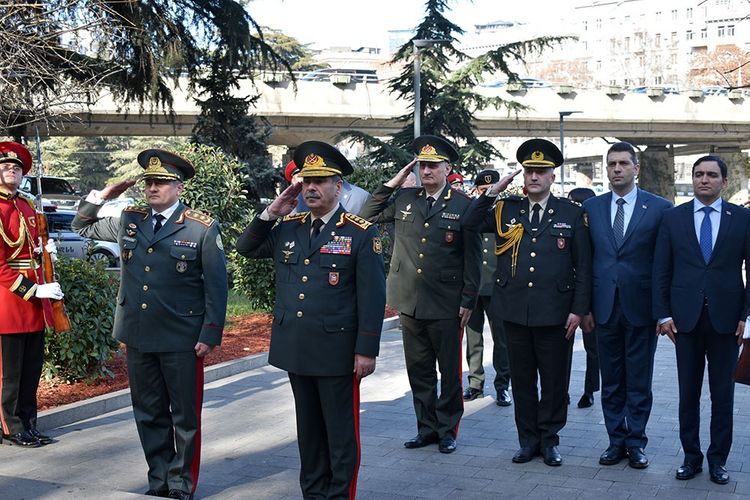 An official delegation led by the Minister of Defense of Azerbaijan, Colonel General Zakir Hasanov visited the memorial to those who died for independence and integrity of Georgia on the Heroes Square in Tbilisi on January 21, Ministry of Defence told APA.