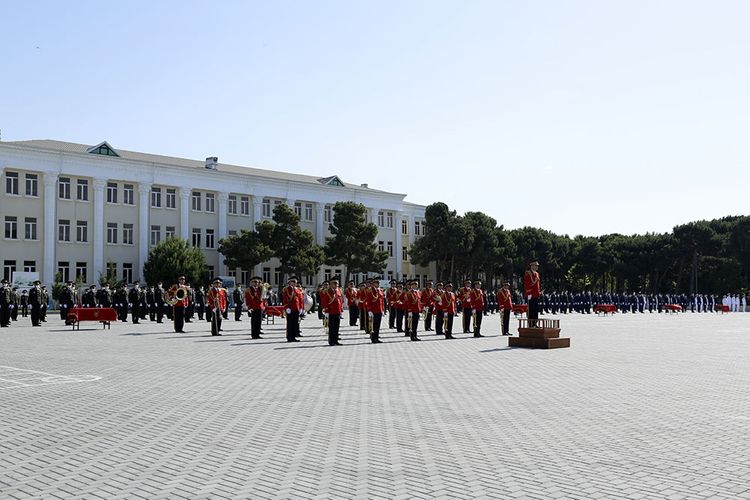 A solemn ceremony dedicated to the graduation for 2020 was held at the Azerbaijan Military Academy named after Heydar Aliyev on June 20, Ministry of Defence told APA.First, the memory of national leader Heydar Aliyev and the Shehids (Martyrs) who sacrificed their lives for the independence of Azerbaijan was honored with observing a minute of silence.The military personnel performed the National Anthem of Azerbaijan, which was accompanied by a Exemplary Military Orchestra, then the Battle Flag was solemnly brought to the parade ground.The Deputy Chief of the General Staff of the Armed Forces of the Republic of Azerbaijan, Chief of the Main Department of Combat Training and Military Education, Lieutenant General Nizam Osmanov, speaking at the ceremony, congratulated cadets on the occasion of this significant day on behalf of the leadership of the Ministry of Defense. He wished graduates health, family happiness and success in the further military service.Then graduates of the academy and distinguished servicemen were awarded diplomas and valuable gifts.After the cadets completed the Academy’s march, military personnel of the Academy has marched in front of the podium accompanied by the Exemplary Military Orchestra.