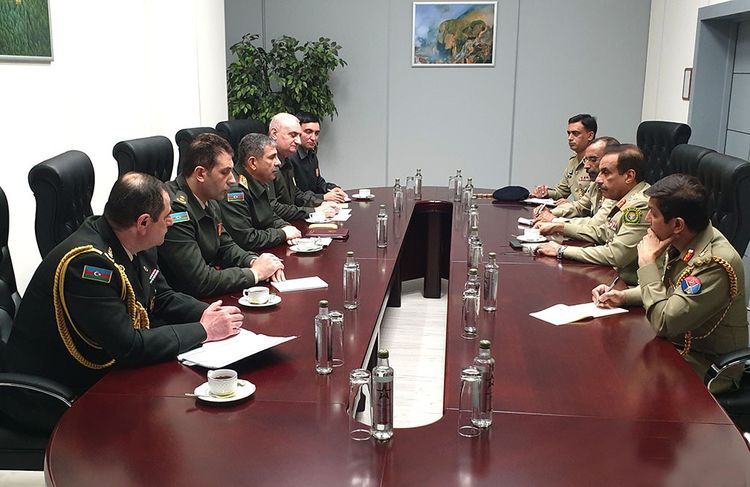 The Minister of Defense of the Republic of Azerbaijan, Colonel General Zakir Hasanov, who is on a working visit to Moscow, has met with the Chairman Joint Chiefs of Staff Committee of the Islamic Republic of Pakistan, General Nadeem Raza on September 5, APA reports.

The parties expressed satisfaction with the development of traditional friendship and mutual trust between the peoples of the two countries, including Azerbaijani-Pakistani relations, as well as the level of strategic partnership.
Touching upon the military-political situation in the region, the Minister of Defense of Azerbaijan spoke about the Armenia-Azerbaijan conflict and thanked Pakistan for the support of Azerbaijan's fair position in resolving this issue within international organizations.

The meeting discussed issues of expanding cooperation between Azerbaijan and Pakistan in the field of security, in the military, military-technical and military-educational spheres, in the fight against terrorism, including the development of relations between the naval and air forces of the two countries, as well as conducting joint military exercises.