Azerbaijani MoD: Azerbaijani Army advancing under order of Supreme Commander-in-Chief liberates lands which are under occupation 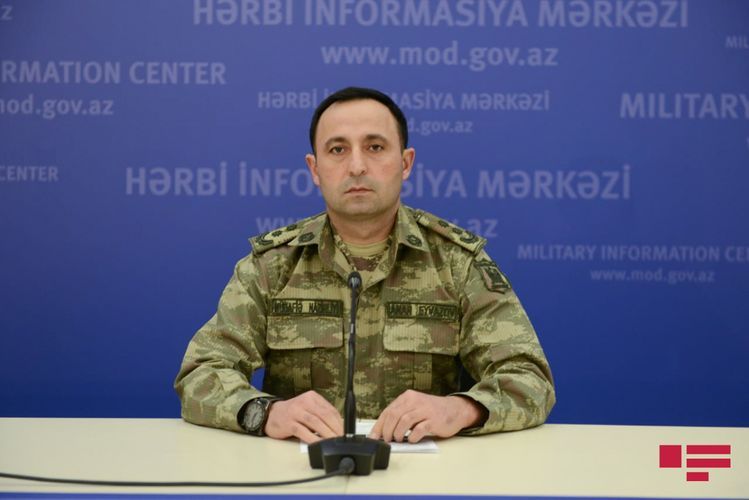 “Enemy groups fighting against our army asymmetrically are destroyed by our units on the deepest fronts too,” said the head of the press service of Ministry of Defence of Azerbaijan Anar Eyvazov at the briefing held today, APA reports.

He said that the Azerbaijani Army advancing under the order of Supreme Commander-in-Chief liberates lands from the occupation: “The military-political leadership of Armenia by instilling false ideas about our targets tries to involve Armenian society in the battle against Azerbaijani Army. Armenian fighters entering the battle are destroyed by our army, retreat, go missing or captured. Azerbaijani serviceman fights against coward enemy hiding in kindergartens, schools, and other civilian facilities.”