Azerbaijani MoD: Every armed person to be neutralized on the case of resistance 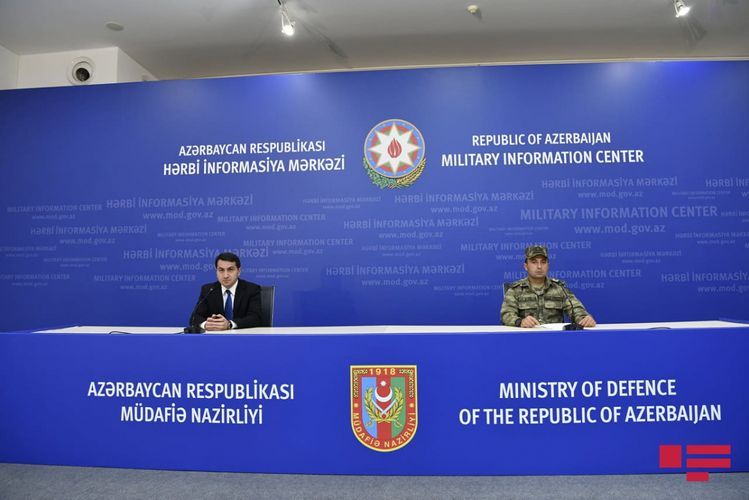 "Armenian Command has been suggested not to resist, but to surrender in order not to fully destroy garrison in Aghdere residential settlement of Armenia", Press secretary of Ministry of Defense Anar Eyvazov said at today's briefing, APA reports.

A. Eyvazov said that every armed person will be neutralized on the case of resistance: "Enemy fled leaving a large number of armored vehicles on the battlefield during conduction of counter-attack operation. The videos have already been delivered to the public. Victory is ours!"