Azerbaijani MoD: Some persons, financed by Armenia, are leading the campaign against Najmaddin Sadigov 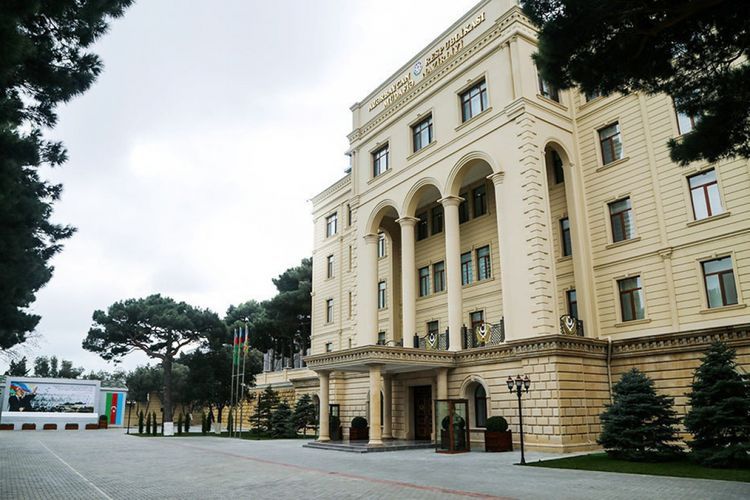 “Settling abroad the sources which have a hostile position to our country, as well as financed by special service bodies of Armenia, some so-called persons receiving instructions from them are leading a smear campaign against the First Deputy of Defence Minister – Chief of General Staff of the Armed Forces Colonel-General Najmaddin Sadikov, who has served in the Azerbaijani Army for many years, as well as other high-ranking officers, the press service of Ministry of Defence told APA.

It has been noted that the main purposes of those persons are to fabricate lies directed to damage the rising image of the Azerbaijani Army.

“Their claims saying that as if at the operational meeting held recently, “the chief of the Main Staff voiced offensive expressions regarding the arrival of the Turkish military servicemen for joint training” are false, another slander, and don’t at all correspond with reality. No statement was made at that meeting in regard to the aforementioned claims, only service issues were discussed.The main intentions of the persons taking steps against the Azerbaijani Army and our military servicemen by such dirty methods, publishing biased articles are to serve for Armenia’s interests. But those insidious circles and the elements put forward by them should know that they will never succeed in achieving their dirty intentions.We resolutely reject the biased statements voiced by those persons. We say that the dissemination of such news of disinformation nature just today – on the eve of implementation of Azerbaijan-Turkey joint tactical trainings is an integral part of another provocation committed against our country by Armenia’s secretive service agencies”, the report reads.