Azerbaijani President: "Our settlements were attacked by Armenian armed forces. So we had to give them a worthy response" 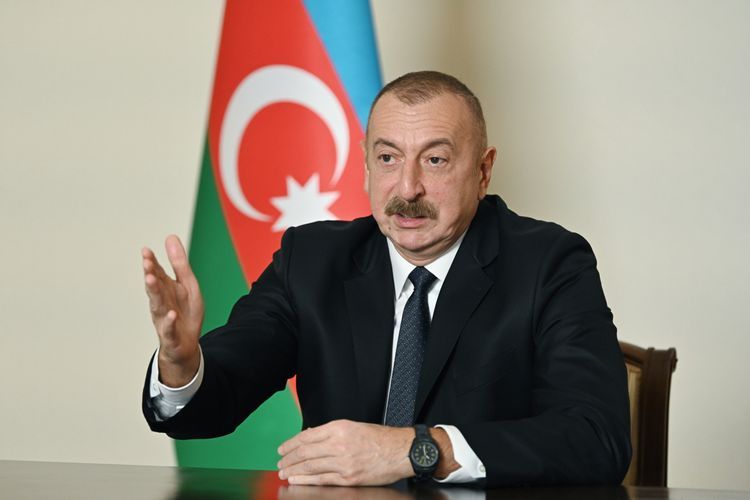 "Today we will discuss issues related to the implementation of the trilateral statement signed by the Presidents of Russia, Azerbaijan and the prime minister of Armenia. In our opinion, provisions of the statement are being implemented successfully, and this once again demonstrates the readiness of both the Azerbaijani and Armenian sides to put an end to the long-term conflict and come to a political settlement," said President of the Republic of Azerbaijan Ilham Aliyev while receiving a delegation led by the Minister of Defense of the Russian Federation Sergei Shoigu, APA reports.

"Last time I told you about our position on the Nagorno-Karabakh conflict. You visited us at the end of August. Then, in July and August, there were two attempts of military provocation, armed provocation against Azerbaijan. One was committed at the border in Tovuz district and the other in August. The first one was committed in July, while in August there was an attempt on the part of a sabotage group of the Armenian armed forces to penetrate through the contact line. The head of this group was detained and his testimony showed precisely the intention to arrange an armed provocation. This policy was continued and ended with the fact that our settlements were once again attacked by Armenian armed forces at the end of September. So we had to give them a worthy response. We all know very well what happened afterwards.

After 44 days of armed confrontation and hostilities, a document was signed, which I consider to be a very important political document. It essentially put an end to the many years of confrontation. I would like to express my gratitude to you, as well as the leadership of Russia, President Vladimir Vladimirovich Putin for his active personal participation in the preparation and adoption of this important political document," noted Azerbaijani President.