Azerbaijani Prosecutor’s office: As a result of Armenians’ provocation, 30 civilians were killed, 143 people were wounded 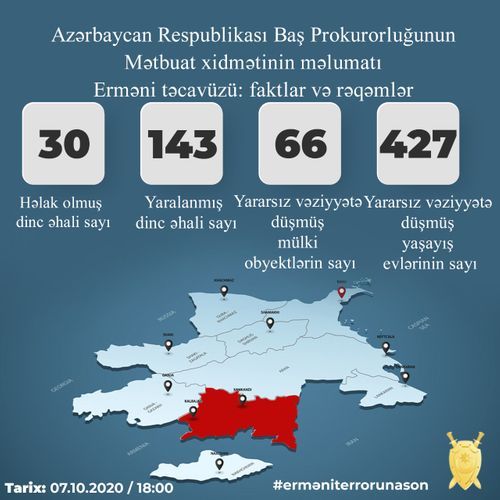 From September 27 until today, as a result of the provocative attack, 30 people were killed, while 143 people were wounded.

A total of 66 civilian facilities have fallen in disrepair, while 427 residential houses were destructed.