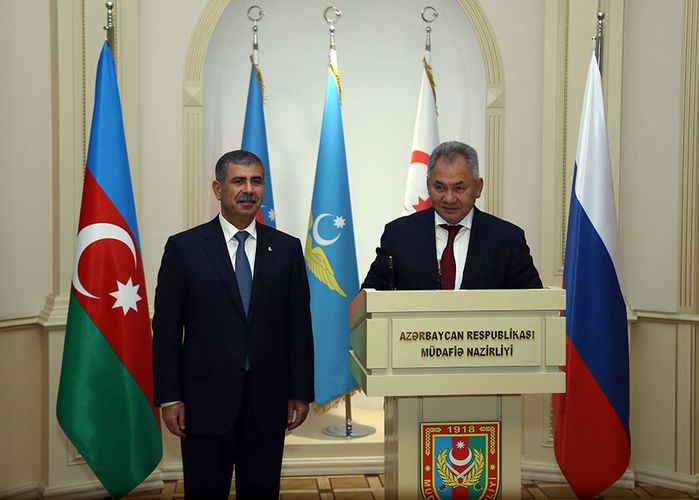 On August 25, the Minister of Defense of the Republic of Azerbaijan, Colonel General Zakir Hasanov has met with the Minister of Defense of the Russian Federation, General of the Army Sergei Shoigu, who is on a working visit to our country, Ministry of Defence told APA.Welcoming the guests, the Minister of Defense of Azerbaijan stressed that friendly relations between the heads of our states determine the dynamic development of relations between our countries in all spheres.Touching upon the military-political situation in the region, Colonel General Z. Hasanov stressed that Armenia's aggressive policy is a serious threat to peace, stability, and security not only in Azerbaijan but also throughout the region. Referring to the recent provocations committed by the Armenian side in the direction of the Tovuz region, Colonel General Z. Hasanov noted that they were aimed at undermining relations between Azerbaijan and the CIS countries.The Minister of Defense of Azerbaijan, stressing the role of the Russian Federation in the settlement of the Armenia-Azerbaijan Nagorno-Karabakh conflict, emphasized that Russia, like all international organizations, recognizes the territorial integrity of Azerbaijan and respects the independence and sovereignty of our country.Expressing gratitude to the Azerbaijani side for the warm welcome, the Russian Defense Minister expressed deep condolences to the families of Azerbaijani servicemen who died as Shehids (martyrs) in the recent clashes on the border with Armenia.General of the Army S. Shoigu commenting on the recent media reports on the transportation of weapons from Russia to Armenia by aircraft, noted that this transportation was not intended for the supply of weapons and military equipment, including military-type property to Armenia, but for the delivery of construction materials used in large-scale construction work carried out at the 102nd Russian military base in this country, as well as with the aim of rotating military personnel serving at this military base. He especially stressed that until today Russia has not taken any steps directed against Azerbaijan and would not take such steps in the future.The parties also discussed issues of international and regional security, the current state of military cooperation and prospects for the development of relations, as well as exchanged views on other issues of mutual interest in the field of military-technical cooperation. 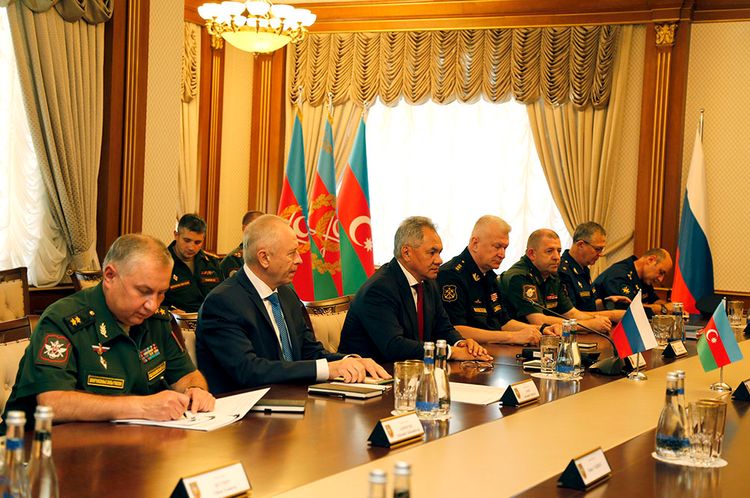 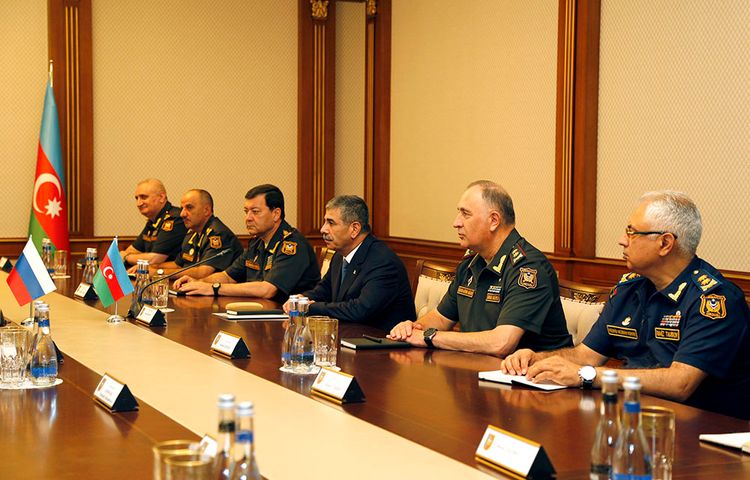