Azerbaijan’s General Prosecutor: The day is not far off when the military-political leadership of Armenia will be brought to justice 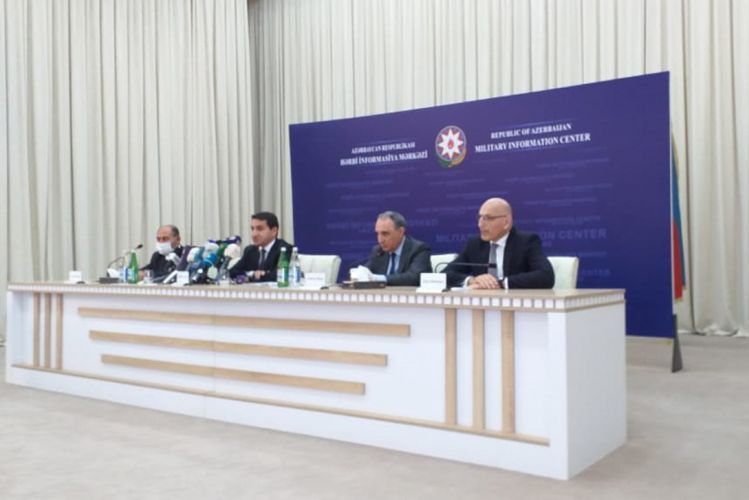 “The crimes committed in Barda and Tartar are a fact. Our main mission as a prosecutor's office is to document the crimes that have occurred, to collect evidence in a procedural manner, APA reports.

Mr. Aliyev noted that the operational-investigative group of the General Prosecutor's Office has been working at the scene since yesterday. Our observations show that all these crimes were committed from a single center. From September 27 to the present day, the prosecutor's office has initiated 45 criminal cases on various facts of death. Operational investigation teams work on each case.

This is due to missile strikes on areas of Azerbaijan along the entire front line and on the city of Ganja, located far from the combat zone. We believe that all these facts should be combined into a single proceeding. Because all this is controlled from a single-center, and the military-political leadership of Armenia does it. The instructions on the commission of war crimes against the civilian population, the destruction of civilian infrastructure are given by the military-political leadership of Armenia. We have enough relevant evidence and we will make it public. I assure you, there has never been such a thing in history that those who committed such crimes escaped responsibility. The day is not far off when the military-political leadership of Armenia will be held accountable for this."