Azerbaijan’s Ministry of Defense: "Armenian military servicemen are advised to put down weapons and to give up without wasting time" 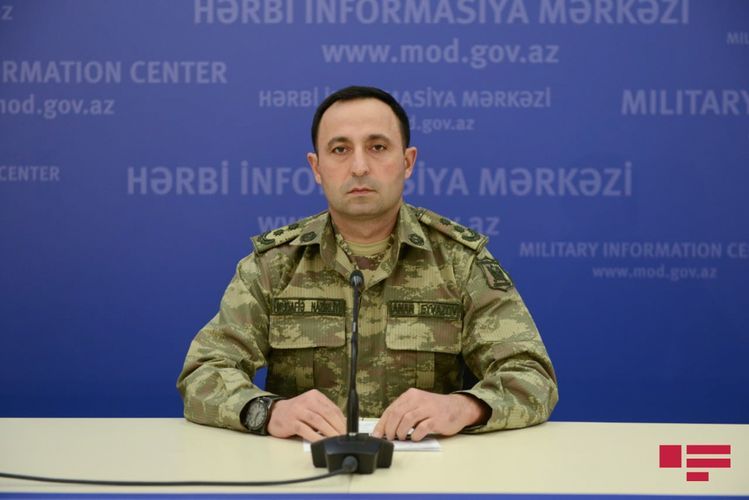 “During the past period, the battles continued in the directions of Jabrail, Fuzuli, Agdere, Hadrut, Gubadli”, said press-secretary of Azerbaijan’s Defense Ministry, lieutenant-colonel Anar Eyvazov at the briefing held today, APA reports.

He said the Azerbaijani Army continues its counteroffensive steps in accordance with the operation plan: “Currently, all frontline battles are continued. The Armenian military servicemen fighting against the Azerbaijani soldiers are advised to put down weapons and to give up without wasting time. The victory is with us!”.