Azerbaijan’s MoD: Armenia wants to use civilian population as shield 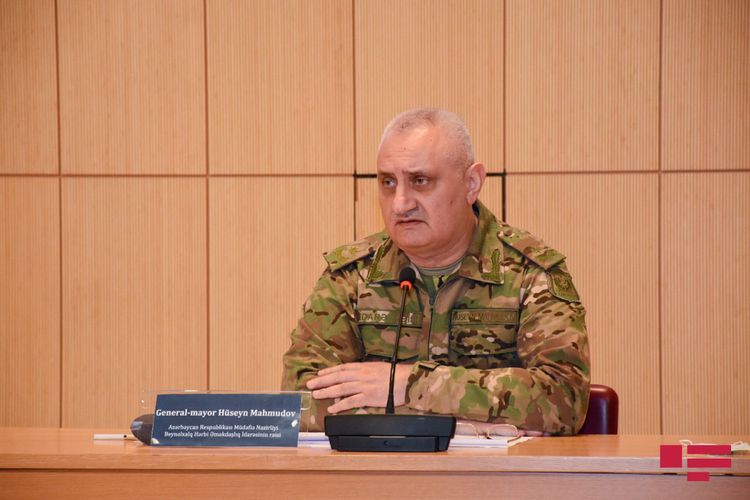 “Currently, the situation on the territory along frontline is under full control of the Azerbaijani Army”,  said Chief of the International Military Cooperation Department of the Ministry of Defense Major General Huseyn Makhmudov at the briefing held for diplomatic corps in ADA University, APA reports.

He said no attack has ever been made by the Azerbaijani Armed Forces against civilian Armenians: “But the Armenian side does quite the opposite to this. They attack sleeping civilian population with ballistic rockets. The occurrences in Ganja will go in history books”.

H. Makhmudov reminding Azerbaijan’s appeal to the Armenian population regarding humanitarian corridor noted that Armenia wants to use civilian population as shield.