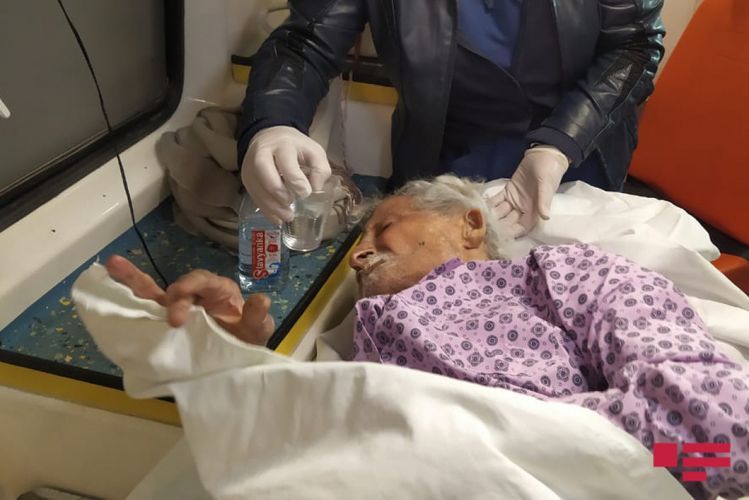 According to the instruction of the President of the Republic of Azerbaijan, the State Commission for Prisoners of War, Hostages and Missing Persons handed over to the opposite side on the Georgia-Armenia border a civilian of the Armenian nationality - Yevgeniya Babayan aged 85 who was left in a helpless condition in the combat region by the retreating Armenian armed forces by the mediation of the International Red Cross Committee (IRCC) on October 28 by taking her across Azerbaijan-Georgia border as a humanitarian step of the Republic of Azerbaijan in a unilateral manner, the Committee told APA.

Demonstrating inhumanity once more, the Armenian side has refused to take over Misha Melkumyan, 84 years old, whose health  deteriorated due to leaving without help by his compatriots in Hadrut settlement but he was rescued by Azerbaijani soldiers

On October 29, with the participation of Azerbaijani Defence Ministry, mediation of OSCE and ICRC, State Committee has handed over to the Armenian side the bodies of 30 Armenian servicemen unilaterally in the direction of Alibayli village of Tovuz region of Azerbaijan.

There was no incident during the humanitarian process.