Defense Minister: “Azerbaijan Army disposes of the armament that allows to fully ensure victory over the enemy” 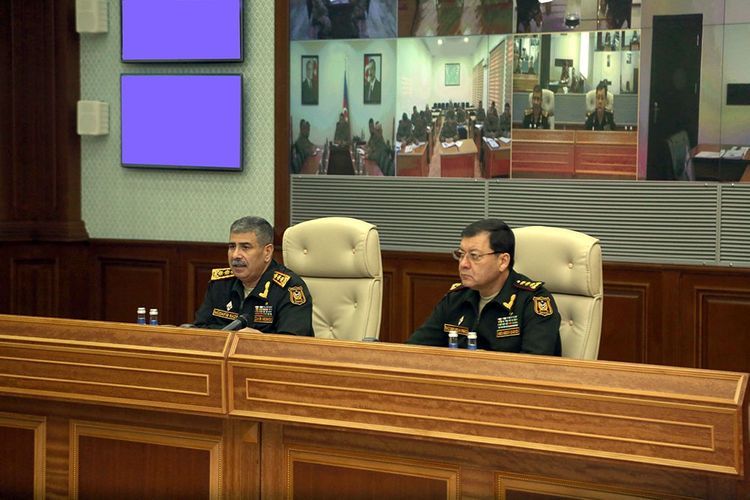 On January 11, the Minister of Defense Colonel General Zakir Hasanov held official meeting at the Central Command Post with the participation of Deputies of Minister of Defense, Commanders of types of troops, Chiefs of Main Departments, Departments and Services of the Ministry, and also commanders and other officers of Army Corps and formations stationed in frontline zone who were involved via the video communication, the Ministry of Defense told APA.

The Minister of Defense brought to the command staff the relevant tasks assigned by the President of the Republic of Azerbaijan, the Supreme Commander-in-Chief of the Armed Forces, Mr. Ilham Aliyev to the Azerbaijan Army and ordered to increase the number and effectiveness of live-fire exercises and practical training to be held at various scales this year in order to increase combat readiness personnel.

The Minister demanded to improve the relevant academic and material basis for the high-quality organization of professional training of servicemen of various specialties providing combat training, to organize periodic training sessions of servicemen of this category, to conduct sudden inspections to determine the state of continuous and stable command and control of troops in military units in accordance with orders and directives, as well as to provide constant control over the education and discipline of military personnel.

The Minister of Defense, analyzing the operational situation on the front line, instructed to take adequate measures using more powerful weapons to immediately suppress attempts to likely intensify the actions of the armed forces of Armenia.

The Minister of Defense, taking into consideration the onset of the winter period, set the tasks for officials to ensure heating of barracks and other facilities, to carry out preventive measures to implement constant medical monitoring of the health status of military personnel, including young soldiers, and to pay special attention to the social conditions of the military personnel.

The Minister of Defense, noting the commissioning of a large number of military facilities last year in order to improve the service of military personnel and the social conditions of their families, and the fact that such an activity will also be continued this year, emphasized that according to the order of the Supreme Commander-in-Chief, the process of updating the whole infrastructure of the Azerbaijan Army will be fully completed in 2021 inclusively.

At the end of the meeting, the Minister of Defense gave relevant instructions in connection with the organization and conduct of activities in military units to fulfill the tasks arising from the requirements of the Decree of the President of the Republic of Azerbaijan “On the thirtieth anniversary of the tragedy of January 20”. 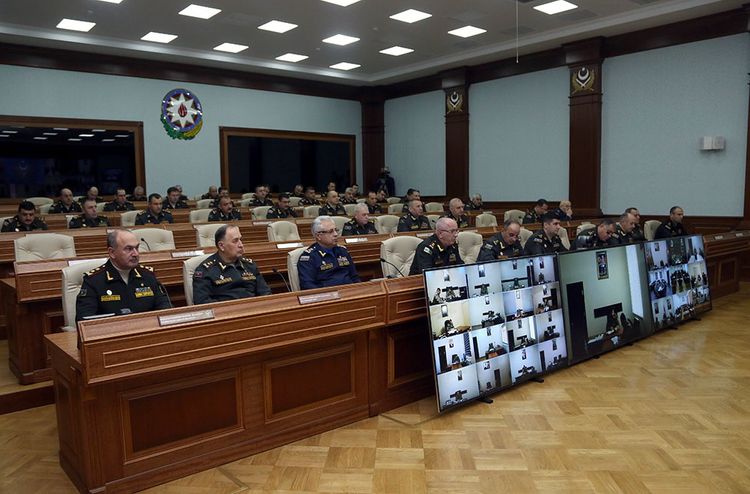