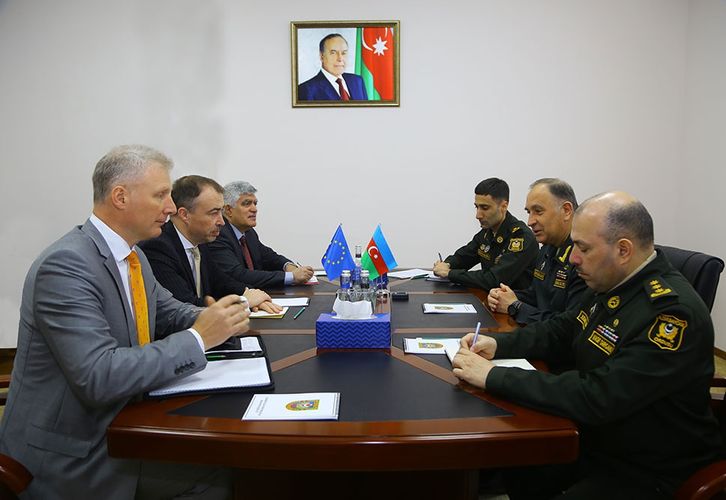 On February 14, the Deputy Minister of Defense of the Republic of Azerbaijan, Lieutenant General Kerim Veliyev has met with a delegation led by EU Special Representative for the South Caucasus Toivo Klaar, Ministry of Defence told APA.During the meeting that discussed the current situation on the line of contact of the troops of Azerbaijan and Armenia and on the state border, Deputy Minister of Defense has once again stressed that Armenia is occupying 20 percent of the territory of Azerbaijan recognized by the international community. He added that the negotiation process remains to be ineffectual so far.The Deputy Minister of Defense emphasized that Armenia's destructive position is the main obstacle in achieving progress in the negotiations on the conflict settlement.T. Klaar, in turn, noted the importance of an early and peaceful resolution of the conflict to ensure stability in the South Caucasus region and stressed that the EU is a supporter of continuing negotiations in this sphere.