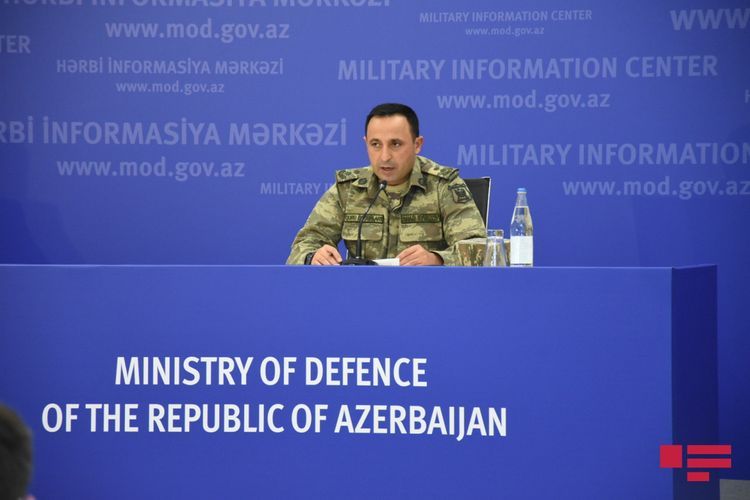 “As was announced by Commander-in-Chief, President Ilham Aliyev, the humanitarian ceasefire doesn’t mean peace at all”, said press secretary of press service of the Ministry of Defense of Azerbaijan, lieutenant-colonel Anar Eyvazov, APA reports.

A. Eyvazov said based on instruction of the Commander-in-Chief, currently the Azerbaijani Army fully ensuring humanitarian ceasefire regime on the operational territory is creating necessary conditions for collection of corpses being on the territory, as well as exchange of hostages retained by the parties: “But regrettably, the Armenian side ignoring the humanitarian ceasefire regime has repeatedly inflicted artillery fire on the territories liberated from occupation including Jabrail City. They are also inflicting fire on positions of the Azerbaijani Army on various sites of the Azerbaijan-Armenia state border in Tovuz and Gedebey regions. Besides, the Armenian army attempted to make attack in the direction of Agdere, Fuzuli, Hadrut, Jabrail since the time of re-announcement of the humanitarian ceasefire. In all cases, the units of the Armenian Army were resolutely repulsed by the units of our Army and the enemy sustaining losses was compelled to retreat. We warn the enemy that if the Armenian army ignoring the humanitarian ceasefire regime continues to create tension again in the operational region, the adequate measures will be taken in sharper manner by our Army”.