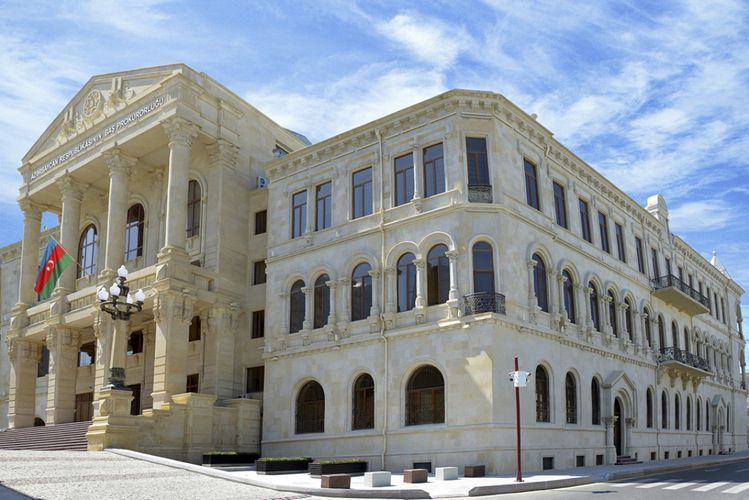 As a result of Armenia’s provocation, an employee of the prosecutor’s office sustained injury, General Prosecutor Kamran Aliyev wrote in his official appeal to secretary of the Council of Coordination of General Prosecutors of CIS member states L.V.Yermolayev, president of International Association of Prosecutors Cheol-kyu Hwang and its general secretary Han Moraal, UN High Commissioner for Human Rights Michelle Bachelet, High Commissioner for Human Rights of the Council of Europe Dunja Mijatovic, General secretary of the Economic Cooperation Organization (ECO) Hadi Soleimanpour and Gweneral secretary of the Turkic Council Bagdad Amreyev, APA reports.

"The necessity of surgical interference emerged as a result of sustaining of severe bodily injury by Ozal Hasanov functioning in the ranks of our employees implementing all possible investigative measures in combat condition", is noted in the appeal.