Head of Turkey's Defense Industries Administration: “Our UAVs, missiles are under command of Azerbaijan” 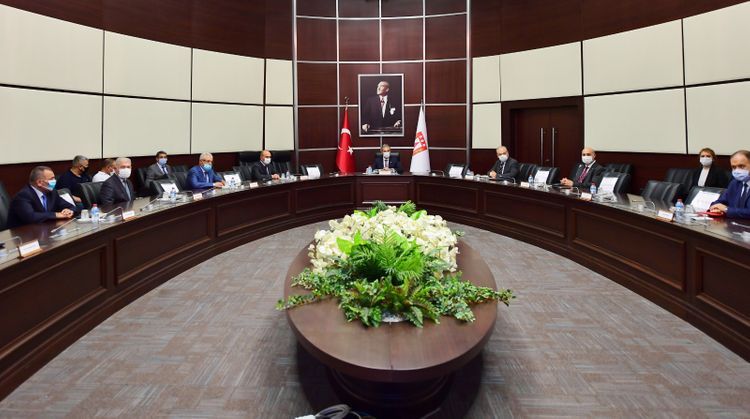 The Head of Turkey's Defense Industries Administration Ismail Demir has met with Deputy Minister of Defence - Commander of the Special Forces, Colonel-General Karam Mustafayev and Deputy Minister of Defence of Azerbaijan - Commander of the Air Force, Lieutenant-General Ramiz Tahirov, who are in the visit in Turkey, I. Demir posted on Twitter, APA’s Turkish bureau reports.

“In the time when we have to show all of the world that two brotherly countries are one heart, we have also discussed cooperation issues on defence industry. Our UAVs, missiles are under command of Azerbaijan,” the Head of Turkey's Defense Industries Administration said.