Hikmet Hajiyev: “Infliction of fire on cities and regions once again shows how far from civil rules Armenia’s leadership is" 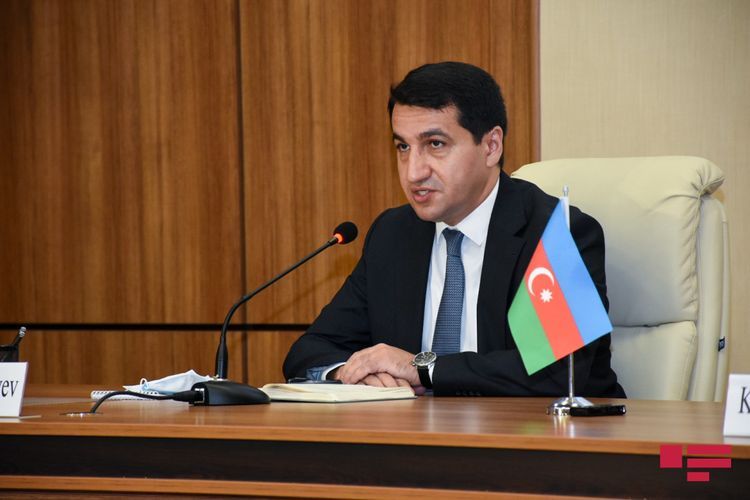 “Armenia’s political and military leadership and leaders of the so-called regime bear responsibility for the attacks against Azerbaijan’s civilian population. The purpose in committing of all these is to send the Azerbaijani people into panic”, said Assistant to the President of Azerbaijan, Head of Foreign Policy Affairs Department of the Presidential Administration Hikmat Hajiyev at the briefing held today, APA reports.

He noted that this is an act of vandalism, barbarism: “The rockets used by Armenia are very outdated and therefore they can’t reach target. But some rockets reach target and the civilian population suffers damage. I would like also to mention that a great part of these strikes are implemented from Armenia’s territory. This contradicts with international law and is another war and act of aggression by Armenia against Azerbaijan. This shows once again how far from civil rules Armenia’s leadership is. They once again target civilian population in Azerbaijan by demonstrating hypocrisy”.