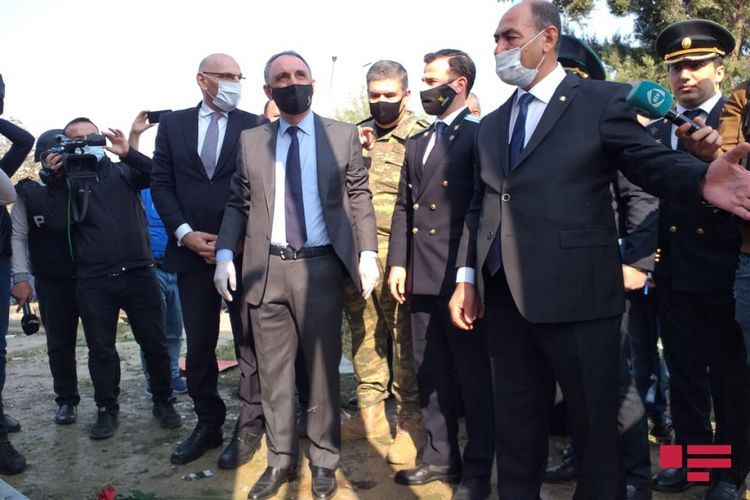 “These actions committed by Armenians are a crime against humanity. At the same time, these are the criminal actions stipulated in international conventions all of which have been ratified by Azerbaijan”, said General Prosecutor Kamran Aliyev in his statement to local and foreign press when attending together with representatives of the diplomatic corps the territories destructed by rocket strikes inflicted by Armenians yesterday on Barda City, APA’s local correspondent reports.

The General Prosecutor said Azerbaijan has legal grounds for initiation of criminal case and bringing it on international plain: “According to both requirements of international conventions, our internal laws, requirements of the Criminal Code, the legal grounds for conducting of investigative actions exist. I note once again that if we cast a look at the nearest history then we will see that all persons who committed such crimes against humanity, military, war crimes are brought to criminal responsibility sooner or later. They account to international tribunal. Based on the information, from September 27 until today, 90 civilians fell victims of the Armenian terror. And these are very grave clauses. We are planning to disclose tomorrow the results of the initial investigation in regard to these”.