Military expert: “Kasprzyk and his field assistants deceived Azerbaijan during these years, they should be brought to responsibility” 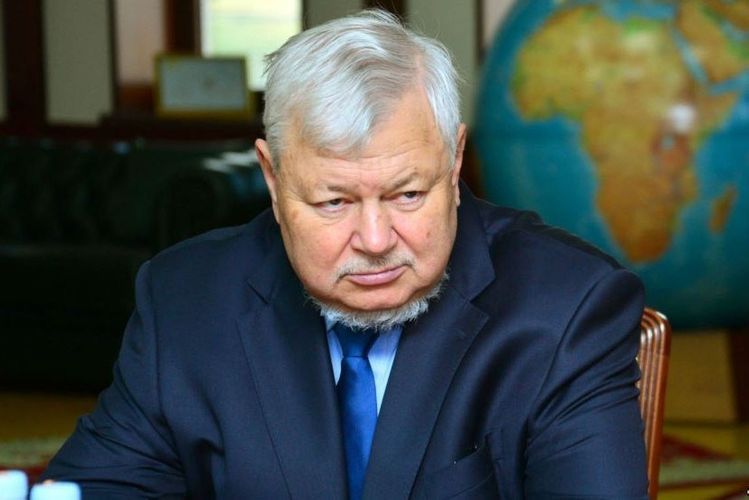 “Not only Armenia but also the international institutions, firstly the OSCE Minsk Group co-chairs turning a blind eye on this naughtiness of Armenia equally bear responsibility for the events occurring in the region today”, said military expert Uzeyir Jafarov in his statement to APA.

He said after end of the war, Azerbaijan will be able to raise a number of issues in front of the international institutions: “Especially we should chase away as a dog from Azerbaijan the personal representative of the OSCE Chairperson-in-Chief Anjey Kaspzyk. Because this person has been engaged in deception of Azerbaijan. During the monitoring activities conducted by him, Armenia’s interests were satisfied. In the statements made by the OSCE Minsk Group monitoring groups after their visits to the region, no information was provided to the Azerbaijani side regarding installation by the Armenian side of defense fortifications on Azerbaijan’s occupied territories, its massive armament. So much armament of the Armenian side, so much strengthening by it of the defense on the occupied lands shouldn’t be allowed. This should be ensured by the institutions implementing the mechanism of control over the region. Because it is not possible to talk with Armenia about any law, rule. It is seen that these institutions also were just engaged in deception of the Azerbaijani side during that period. Anyway, the occupied Azerbaijani territory should be emptied, should be returned to Azerbaijan sooner or later. The held peace negotiations also served for this purpose. And the duty of the international institutions, especially the OSCE Minsk Group co-chairs was to ensure this. But the counteroffensive operations implemented by the Azerbaijani Army revealed both carelessness of these institutions and the policy of the Armenian side wishing to continue the occupation. The personal representative of the OSCE Chairperson-in-Chief and his field assistants should be brought to responsibility, they should give explanation. After the end of the active combat operations, they will be obliged to report to Azerbaijan why they didn’t indicate these points in their official documents? Those official documents were submitted to both Azerbaijan and Armenia as the output of the monitoring. Currently, we are becoming convinced that the international institutions just created condition for Armenia’s policy to appropriate, to grasp the occupied lands”.

U. Jafarov stressed that Azerbaijan should also raise in front the UN the issue regarding the massive armament of the occupant Azerbaijan, regarding the states who are selling these arms to Armenia: “As President Ilham Aliyev also says every time in his speech, the weapons of the enemy’s army don’t run out with the weapons and ammunitions seized as trophy and destroyed on the occupied territories. Where have so much weapons and ammunitions been brought from to poor, needy Armenia? The clarity should be lent to this. Those who do this should give account to Azerbaijan. The countries who are engaged in illegal armament of Armenia should be determined, the international investigation should be conducted, the countries guilty of doing this should be brought to responsibility. These issues can’t be left in such condition”.

The military expert brought to the notice that the great load will fall on our diplomacy after finalization of the war by our army: “Our diplomacy should raise issue in front of the concerned institutions in this regard. Firstly, Armenia violated requirements of the Flank agreement about Armed Forces in Europe. Armenia also violated military laws by striking civil targets not on battlefield but far from the combat region. This is unacceptable. Therefore, Armenia’s military and political; leadership should be brought to responsibility. Both the parties who provide support to the occupant openly and secretly and the parties who provide spiritual and material assistance to the occupant should altogether give account and be brought to responsibility. The countries who help Armenia in arms smuggling should also be determined and then be brought to responsibility. Undoubtedly, Armenians couldn’t take weapons to their country via Azerbaijan, via Turkey. It wasn’t also possible to carry weapons to Armenia via neighbor Georgia. In such a case, the remaining countries themselves should derive conclusion that the support once provided by them secretly to Armenia in arms smuggling should and will backfire just on their own heads. Azerbaijan should also raise this issue so that these countries wouldn’t ever resort to this in the future. The sanctions should be applied against these countries. At the same time, Armenia should be deprived of the aids provided by the international organizations, certain restrictions should be applied against Armenia in the area of arms sale”.