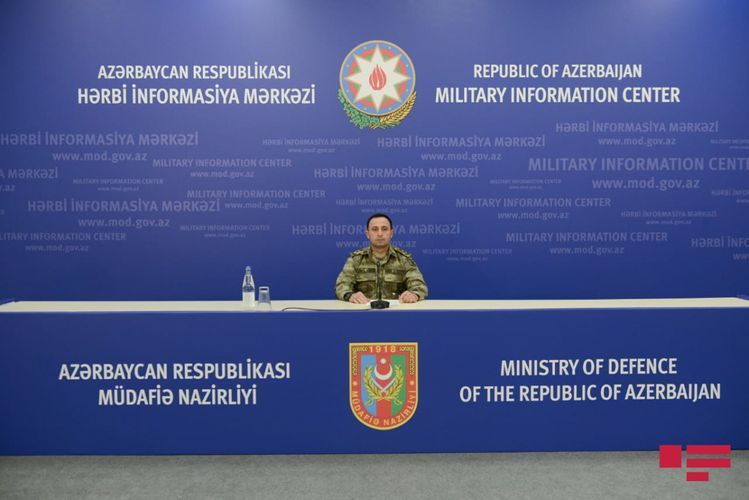 “During the last day, the battles were continued mainly in the Agdere and Khojavend direction of the front line, the enemy’s provocation in the direction of Zangilan was prevented”, said press secretary of the Ministry of Defense, lieutenant-colonel Anar Eyvazov at the briefing held today, APA reports.

A. Eyvazov noting that the headquarter, soldier barracks, automotive equipment full of ammunition and other military infrastructure of the 7th mountain rifle regiment of the 10th mountain rifle division of the Armenian armed forces deployed in Tonashen village in the direction of Terter were completely destroyed, said Armenia left helpless in front of successful counteroffensive operation conducted by the Azerbaijani Army under leadership of the Supreme Commander-in-Chief disseminates fake news: “The Azerbaijani Army destroys only legitimate military targets with accurate strikes and this has also found its reflection in the clearly shot images”.