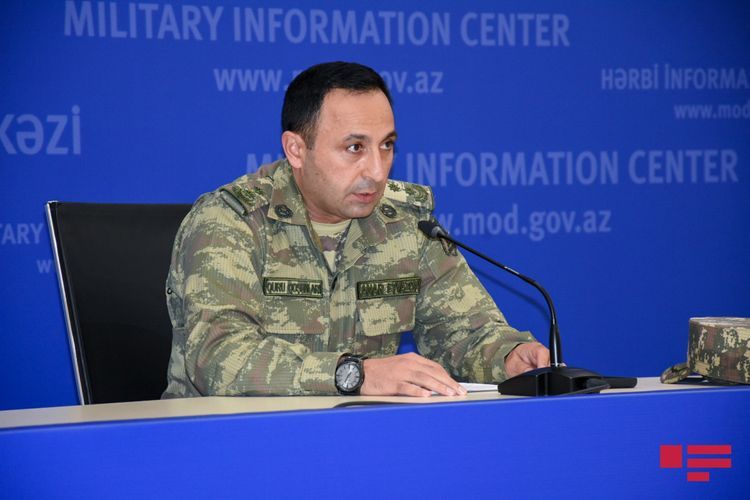 “The counteroffensive operations of the Azerbaijani Army are successfully continued”, said press secretary of the Ministry of Defense Anar Eyvazov at the briefing held today, APA reports.

A. Eyvazov said Armenia’s Defense Ministry disseminating false information tries to cover up its defeats on the frontline: “We say once again no aircraft owned by the Azerbaijani armed forces has been shot down”.