MoD: Najmeddin Sadykov is at his workplace and fulfills his duties 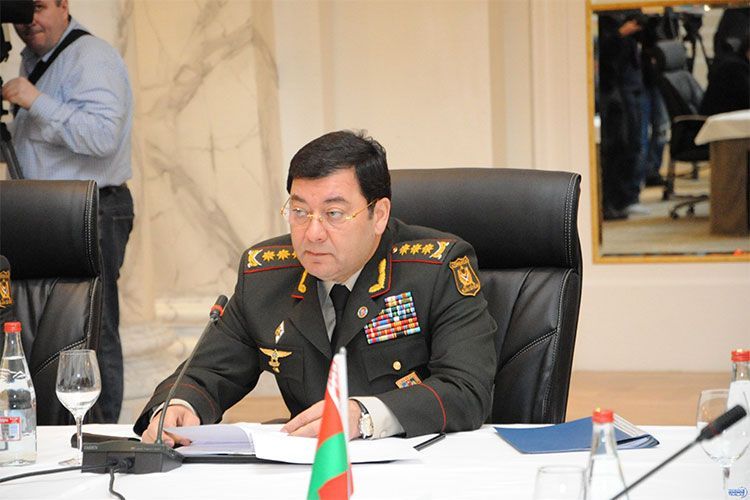 The Defense Ministry has commented on reports circulated on social media about the dismissal of the First Deputy Defense Minister - Chief of General Staff of the Armed Forces, Colonel-General Najmaddin Sadikov, and about his brother held a high position in the Armenian army, the Ministry of Defence told APA.

According to the Ministry, this news is false news: “This news is aspersion and misinformation disseminated by enemy forces for provocation purpose. Unfortunately,  the recent dissemination and discussion of news on this topic on social media clearly show that this is carried out in order to create bias, hostility, and confusion in society. We state that First Deputy Defense Minister, Chief of the General Staff of the Armed Forces, Colonel-General Najmaddin Sadikov is currently in office and fulfilling his duties.

At the same time, we note that the brother of Colonel-General Najmaddin Sadikov passed away in the early 1980s. During such sensitive moments, making untrue topics the subject of discussion does not fit into any ethical norms.

We call on representatives of the printed media to be maximally attentive and to use official sources when disseminating news related to the activity of the Ministry of Defense”.