SSMC: About 4,000 young people registered after the President's speech 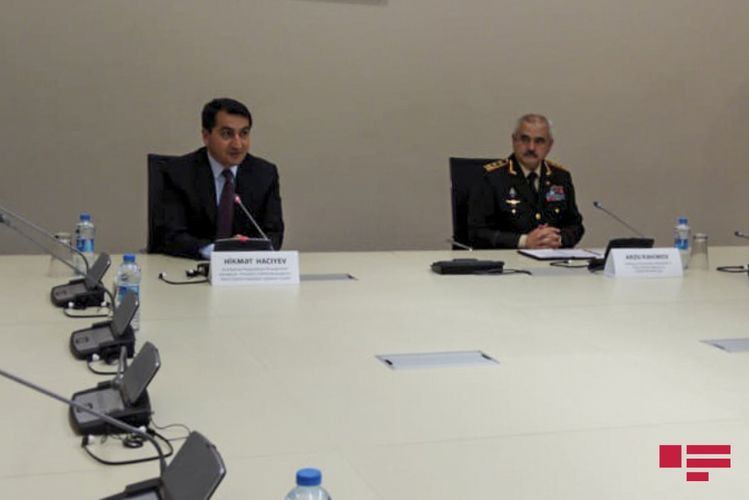 "Today, young people voluntarily apply to take part in the war," said Lieutenant-general Arzu Rahimov, Chairman of State Service for Mobilization and Conscription of the Republic of Azerbaijan (SSMC), at a press conference, APA reports.

Mr Rahimov said that there were appeals to the State Service for Mobilization and Conscription and the legislation was explained to them: "It was stated that the required military officials could be sent to military units if necessary. Some say on social media that they apply but are not registered. Military officers and others are registered with the State Service for Mobilization and Conscription. After the speech of the President, the flow of youth has started to local departments and sections of State Service for Mobilization and Conscription. We implement official registration of those youth. However, some people carrying out work in different areas here. After yesterday’s speech of the President around 4 thousand young people have been registered in the military. We register those who want it voluntarily. Just each of us should be patient, punctual. Each citizen who applies voluntarily is registered.”

A. Rahimov said that there are those who apply to State Service through email: “As I mentioned, nearly 4 thousand young people have already been registered.”