State Service reveals who will partially be involved in mobilization 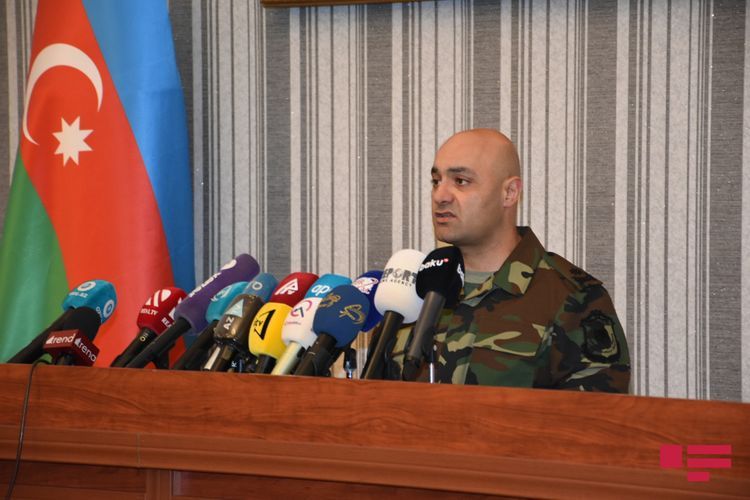 “As it is known, under the relevant order of the President of the Republic of Azerbaijan, Supreme Commander-in-Chief Ilham Aliyev, a partial mobilization has been declared in the country,” first deputy chief, major-general of the State Service for Mobilization and Conscription of the Republic of Azerbaijan, Zaur Abdullayev said at today’s briefing.

According to him, the order instructed the State Service for Mobilization and Conscription to implement conscription of military officials and measures arising from military-transport duties in accordance with the approved plans.

"Mobilization is a complex of measures for the transition of the economy of Azerbaijan, executive authorities, local governments, and organizations to the organizational staff structure of the Armed Forces of the Republic of Azerbaijan and special units determined for the war period.

During the partly mobilization in accordance with approved plans, first-class military officers reserved by Service, soldiers, seamen, sergeants, ensigns, a warrant officer in the age of 35, the officers depending on their military rank will be involved in the complication of the Azerbaijani Army at the age of 50 and older.

The Service has the capabilities for ensuring delivery to military units of the required number of military servicemen and military transport facilities based on orders of the Armed Forces.

On behalf of the Service, we bring to the notice of the military servicemen that when they receive phone calls or SMS from us, they should immediately come to local departments, offices, and affiliates of the State Service for Mobilization and Conscription where they have passed military registration.

I would like to say for your information that in recent days, a great number of the Azerbaijani citizens have been applying to the Service in order to participate voluntarily in the battles for the sake of our country’s territorial integrity. This case shows that our citizens will participate with great enthusiasm in the announced partial mobilization activity campaign".