Supreme Commander-in-Chief: "The enemy’s military equipment seized as trophy will be demonstrated in Baku” 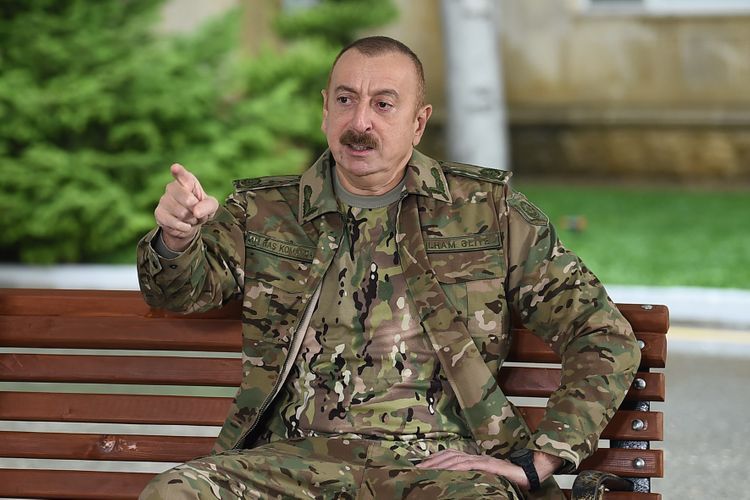 “I gave instruction to bring to Baku the enemy’s military equipment seized as trophy. I ordered to choose a place, we will demonstrate that equipment”, said President of Azerbaijan, Victorious Supreme Commander-in-Chief of the Armed Forces Ilham Aliyev during his meeting with military servicemen undergoing medical treatment in the Clinical Medical Center #1 together with first lady Mehriban Aliyeva, APA reports.

The head of state said all Azerbaijani people will see what we obtained: “Some destroyed equipment is in such condition that it is not possible to bring it now. But I successively presented this information to our people as to how many equipment of the enemy we destroyed. In fact, no equipment was left in their army, their army almost doesn’t exist. They themselves also confessed this. They also confessed that Azerbaijan won victory over them. In other words, we will demonstrate that military equipment seized as trophy. I have many plans. Inshallah, we will implement all of it. We will further strengthen our historic Victory in legal plain, political plain. From now on, our citizens will live comfortably, will return to their native land. Thanks to you, Azerbaijan will step into a new era”.