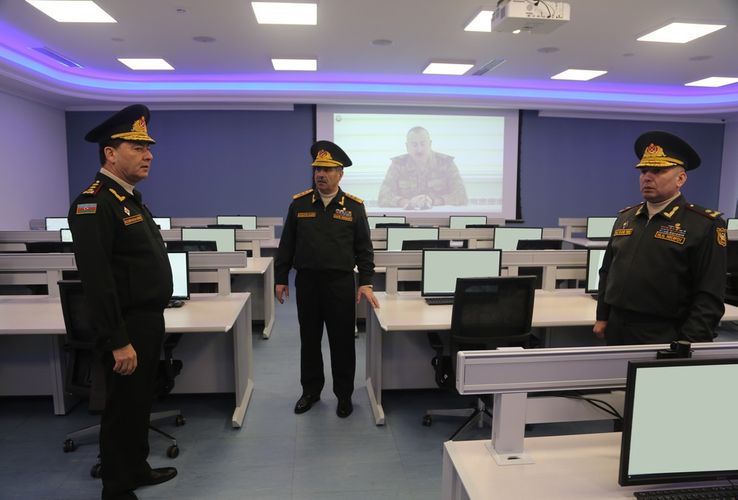 The activities carrying out in accordance with the Plan of Modernization of the Azerbaijani Army, approved by the President of the Republic of Azerbaijan, the Supreme Commander-in-Chief of the Armed Forces, Mr. Ilham Aliyev, continue. The opening ceremony of the new administrative buildings of the headquarters and training center took place in one of the military units on December 28, Ministry of Defence told APA.The Minister of Defense, Colonel General Zakir Hasanov was briefed on the activities of the center. It was reported that the center consists of classrooms with modern and high-tech simulators, as well as administrative and office premises, equipped with all communication lines and other necessary equipment.It was reported that the equipment and simulators available at the center provided with special computer programs allow maintaining the knowledge and skills of military personnel at the proper level, improving the skills of timely and accurate fulfillment of tasks in conditions close to real combat. Instructors set conditional tasks in accordance with the specialty of each student, and the process of completing tasks is monitored on electronic maps, after which an evaluation is getting to be done.The Defense Ministry leadership got acquainted with the simulator rooms, as well as other office and administrative premises of the center.