Turkey’s Defense minister: “Armenia will face the consequences of the provocation committed by it without fail” 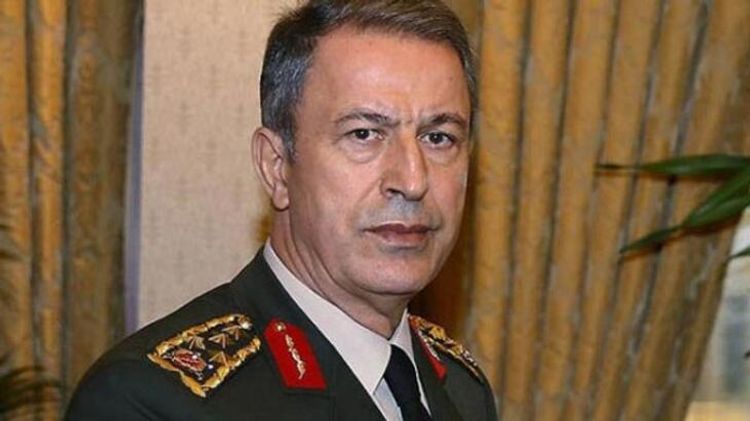 "Armenia will face the consequences of the provocation committed by it on the territory of Tovuz region near the border with Azerbaijan without fail", said Turkey’s Defense minister Hulusi Akar during the meeting with the deputy minister of Defense of Azerbaijan, the commander of the Military Air Forces, general-lieutenant Ramiz Tahirov, APA’s local bureau reports.

The minister noted that the Armenia has overstepped the mark by the provocation committed by it.

“We will take any necessary step regarding the attacks made on Tovuz. Azerbaijan’s pains are also our pains. Any problem sustained there also exerts its influence on our country. We would like all of you to know this. We have stated that we can’t ever accept the occupation of Nagorno Garabagh, this unlawful action. WE are one nation and two states, our language, religion, history and world view are the same. We as the Turkish state and the Turkish Armed Forces will take any necessary measure and will continue again to provide support as we have done this so far”, the minister stressed.