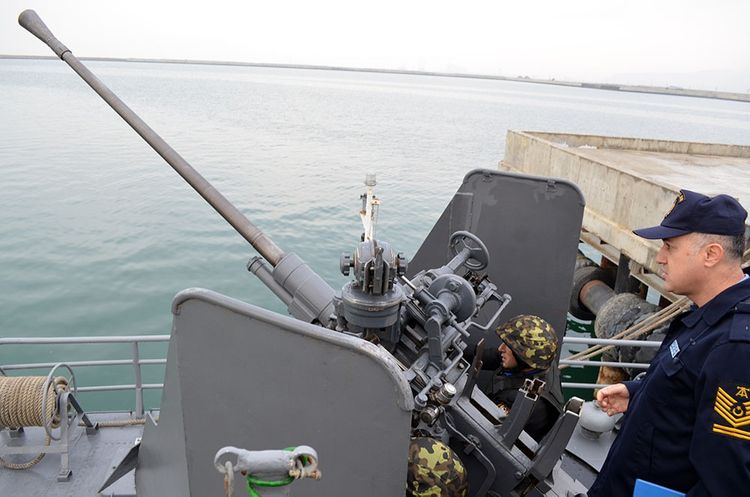 A delegation of the Turkish Armed Forces that is on a visit to Baku has observed the practical training exercises of the Naval Forces of Azerbaijan, the Ministry of Defense told APA.

During the exercises, actions were taken to prepare the ship for battle and trek, to sail away from the berth and organize the exit from the basing site, as well as to control the ship in restricted route with limited visibility and while sailing in shallow waters. In addition, the ship’s personnel operated during the failure of the steering wheel and gyrocompass, as well as taking steps to ensure the survivability of the ship during a fire in any part of the vessel.

According to the plan of the day, the tasks of anchoring the ship and taking it off, rescuing a man who fell overboard, mooring the ship to the berth and arranging entry to the basing site were fulfilled, and other issues were worked out.

The personnel involved in the training exercises successfully completed all the assigned tasks.

During exercises, seamen of the fraternal country also took part in accomplishing tasks and shared their experiences. The guests highly appreciated the actions and skills of our seamen. 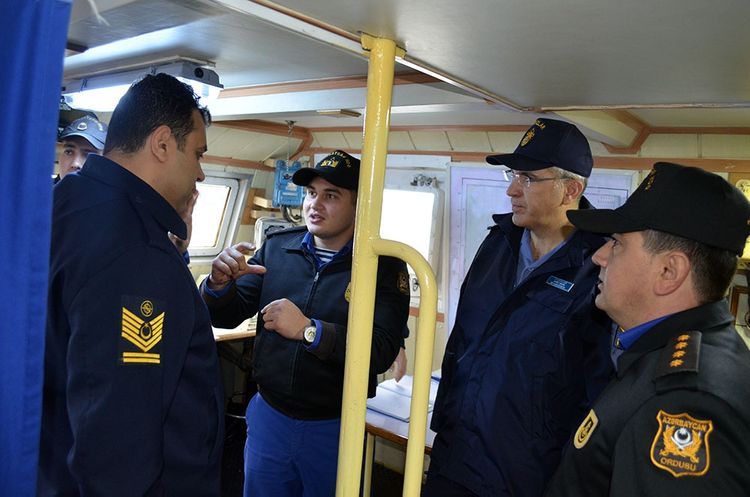 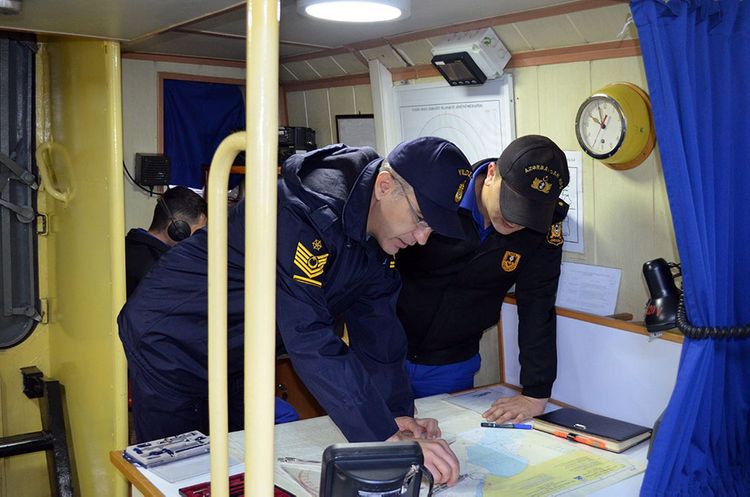 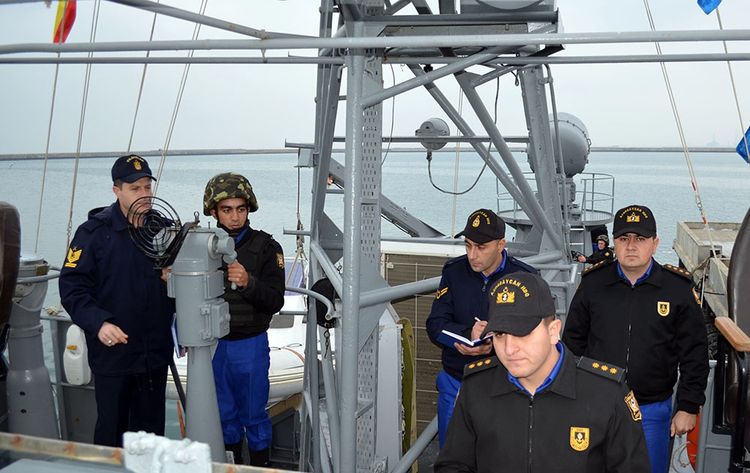